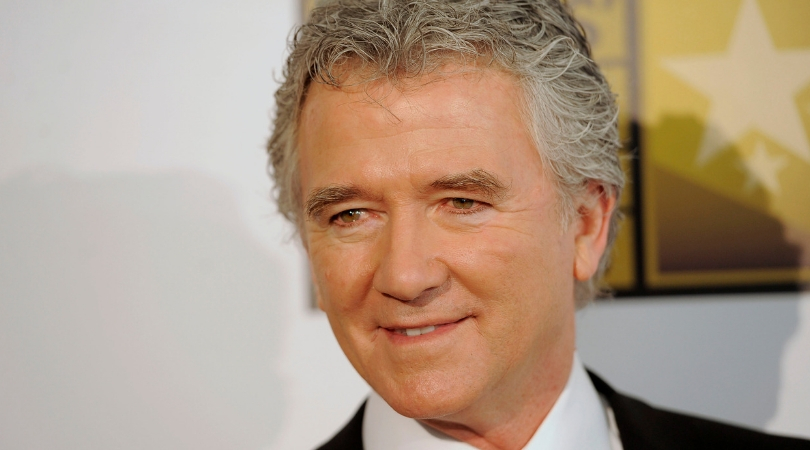 The 7 season ABC sitcom Step by Step, like a 90’s version of The Brady Bunch, was a beloved tale of a blended family. Single parents, Frank and Carol Lambert portrayed by Patrick Duffy and Suzanne Somers were parents with three kids of their own, bringing to the family many dynamic personalities. The show follows their journey to becoming a familial unit. Here’s what the Step by Step cast has been up to since the show’s end in 1998.

Father figure, Patrick Duffy, continued to cameo in shows like Touched By An Angel and Diagnosis Murder. Into the 2000’s he did voice acting for Justice League and Family Guy, worked with Full House’s Jodie Sweetin on Hollywood Darlings and even played Bobby Ewing in the 2012 reboot of his character from the show Dallas. A few years back he was in a Hallmark TV movie, The Christmas Cure. In 2016, he published Man from Atlantis which was a companion guide ot his 1977 TV show of the same name.

Household mother, Suzanne played by Carol Foster Lambert hit some road bumps in her pursuit of a career. After a lawsuit from Three’s Company, she was out of the network TV game for a few years. The breast cancer survivor did return to briefly host Candid Camera in the late ’90s and had her own talk show in the mid-2000s.  She will forever be the girl who absolutely knew how to wear the iconic top ponytail. She most recently placed 9th on the reality tv show, Dancing with the Stars in 2015. Somers has published over 20 books, ranging in topics from exercise and diet to bio-identical hormone replacement.

Staci Keanan was Dana Foster on Step by Step and Nicole Bradford on another sitcom, My Two Dads. She joined Patrick Duffy in guest starring on Diagnosis Murder. Since then she has only been seen on Lovin’ Lakin in 2012. In 1997, the actress decided to change her name to Stacy. She has since retired from acting and was admitted to the State Bar of California in 2013. The UCLA graduate currently practices law in Los Angles, California.

Brandon Call’s career seemed to hold a lot of promise as a comedian. Before joining Step by Step, his credits included Webster, St. Elsewhere, The Adventures of Ford Fairlane, and Baywatch. However, after a vehicular tragedy, he decided to retire from acting. J.T. Lambert was his last role.

Mitchell left Step by Step at the end of season 5 due to some personal issues. After the show ended, he decided to quickly return to acting. Since, he appeared in ER, JAG, and NYPD Blue. In 2010, he took another break from acting again but has since relaunched his career. The actor recently appeared in Drunk Parents, alongside the successful Alec Baldwin and Salma Hayek.

ABC offered Watson (who played Karen Foster) a contract for her own show on the network, however, it fell through. After realizing her parents were stealing her sitcom show earnings, she took them to court. The experience led her to find CAST (Child Actor Supporting Themselves) in 2000. CAST is an organization that fights to keep the same from happening to other child actors. The former beauty queen helps children by connecting them with private investigators, accountants, and attorneys.  She is also an ambassador for HugsAmerica.

Lakin continued her career post Step by Step. She has appeared in over 40 films and television shows including The Game Plan, Georgia Rule, Veronica Mars, and MTV’s Wild ‘n Out. She guest-starred on shows like Touched By An Angel and 7th Heaven, where she became friends with Beverly Mitchell. They have starred in Hollywood Darlings from 2017-2018. Most recently she was Joyce Kinney, a Quahog 5 News anchor on Family Guy.

Castile reunited with his Going Places co-star Keanana to join the Foster Brood on the show. His role as one of the Foster children, Mark Foster, later turned into starring in the Beethoven movie series and even voiced a character on Hey Arnold! during the sitcom’s run. After the show was canceled he decided to retire from acting and received his B.A. and M.A. from Cal State Long Beach. HE is an adjunct professor of political sciences at Biola University.

When Step by Step moved from ABC to CBS at the end of SEason 6, Brendan Lambert didn’t make the cut. Unfortunately, Byrne’s life after Step by Step is pretty unknown since he has managed to stay out of the public eye. Over the years, several cast members have been asked about his departure and current whereabouts, but none of them seem to know either. So, is Bryne a ghost?

Young played Frank and Carol’s daughter, Lily. She was on 2 season of Step by Step, later appearing in the movie Undercover Angel and Santa and Pete. Believe it or not, she starred in a Welch’s juice commercial, which is so cute! Unfriendly, after those acting gigs, not much is known about Young.