The Who’s Legendary Performance at Woodstock 1969 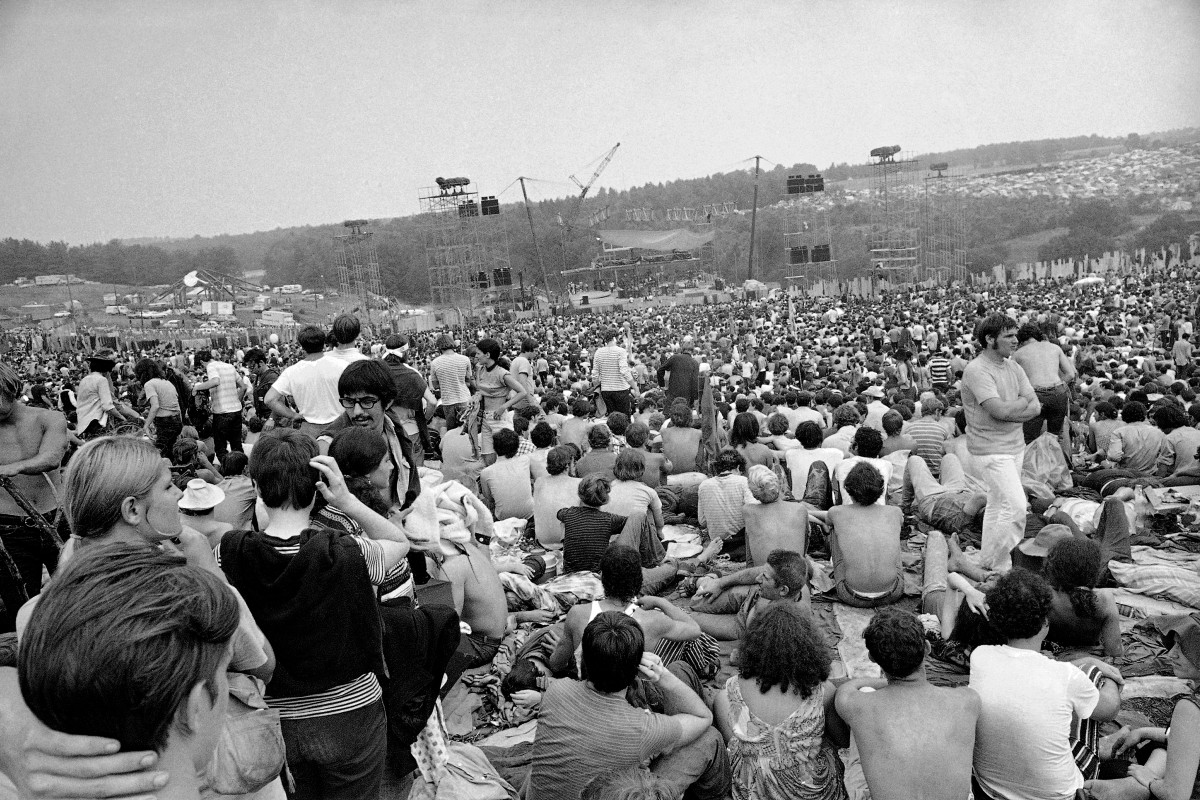 When The Who finally took the stage at 5:30 a.m. on Sunday morning at the legendary Woodstock music festival in 1969, the band members were — to put it gently —cranky.

They’d left their hotel early to allow for plenty of time before their show, which had been scheduled to follow Jefferson Airplane on Saturday evening. But when the band arrived at the sprawling Bethel Woods amphitheater, they were greeted with a sea of tripping, mud-splattered hippies, a stage with substandard sound equipment and behind-schedule crew, and rumors that musicians weren’t getting paid. (The word on the street was that the promoters, after giving up on collecting tickets from the flood of half a million festival-goers, had declared the concert “free”.)

Lead singer Roger Daltrey described the backstage scene in his memoir, Thanks a Lot Mr. Kibblewhite:

“The whole place was chaos,? Daltrey writes. ?? the musicians had the rooms and the roadies and technicians slept in the corridors. Everyone all just hanging around and waiting their turn to go to the site. And we waited and waited and waited.?

While they waited and waited and waited, our heroes’ story took a turn for even the worst.  There was no food backstage, and all the drinks (“even the ice cubes,” recalled Daltrey) had been spiked with LSD. Both Daltrey and songwriter/ guitarist Pete Townshend ended up unwitting victims of the acid lacing.

“I was fine right up until the moment I decided to have a cup of tea,? Daltrey wrote. ?That?s how they got me. A nice cup of hallucinogenic tea.? (Drummer Keith Moon and bassist John Entwistle were also tripping, but voluntarily. The two had reportedly dropped acid while passing the time with two female fans in the back of a station wagon).

After waiting for 14 grueling, muddy, trippy hours, The Who staggered onto the stage after a particularly wild set by the Sly & the Family Stone.

?Looking out unto the predawn gloom of Woodstock, making out the vague shape of half a million mud-caked people as the lights swept over them, I felt in my sleep-deprived, hallucinating state that this was my nightmare come true,? wrote Daltrey.

But despite exhaustion, unwelcome psychedelic hallucinations, and shoddy amps The Who crushed their Woodstock performance. They kicked off with a couple of their hits (“Heaven and Hell” and “I Can’t Explain”) before launching into their epochal rock opera, “Tommy”, which they played in its entirety. The set was going well. But moments after “Pinball Wizard”, a New York activist-slash-troublemaker named Abbie Hoffman bum-rushed the stage. He grabbed Townshend’s microphone and yelled out to the crowd, ?I think this is A PILE OF SHIT while John Sinclair rots in prison!? (John Sinclair, the manager of band MC5 and a leader of the White Panther Party, was in prison on a minor marijuana charge). Townshend reported knocked Abbie aside with his guitar to the cheers of the crowd.

The rest of the setlist continued without interruption. Towards the end of the album, the sun rose, as if on cue, right as the band played “See Me, Feel Me”.

As festival-goer Nancy Eisenstein described, ?The stage was dark, then we heard ?See me. Feel me. Touch me. Heal me.? And a blue spotlight shone down on Roger Daltrey in a white buckskin outfit. It?s a snapshot I?ll never forget.?

After finishing “Tommy”, the band returned to the stage for an encore number. ?This is kind of our hymn,? Townshend told the roaring crowd. ?It?s a song about you and me. We?re getting a bit old now? It?s a song called ?My Generation.??

“My Generation” by The Who

After “My Generation”, the musicians transitioned into an extended improvisation called ?Naked Eye,? with face-melting guitar solos from Townshend. Like a true bad-boy rock and roller, Townsend ended the show by smashing his guitar on the stage and then pitching it into the audience.

Although neither Townshend nor Daltrey remembers Woodstock festival fondly, Daltrey does think the event had importance — but not because of the bands.

“I don?t think the bands were the stars of Woodstock,” he said in an interview with the New York Times, “In my mind, it?s the audience. They were the stars, that half a million people that put up with that crap [laughs] for three days. That coming together of that community was, I think, the key to getting America out of Vietnam.”

Watch: Keith Moon?s Final Performance with The Who