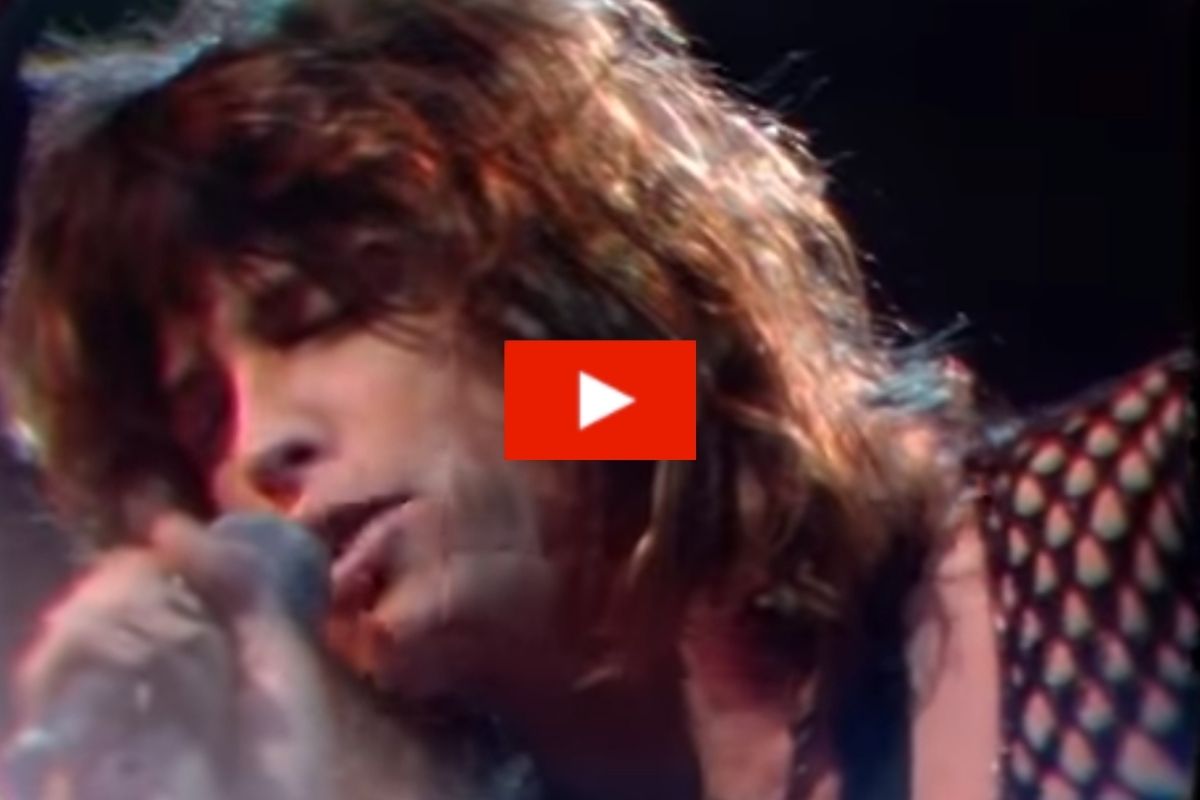 26-year-old Steven Tyler’s natural voice in “Dream On” takes this 1974 performance way past young the Aerosmith lead singer’s baby face. In fact, Steven says that his was the only song on Aerosmith’s first album where it’s his actual real voice, and not one that’s been build with time and character over the past 45 years that Aerosmith has been making music.

In 1973, Aerosmith’s debut album, Dream On, was written, and it makes sense as to why it’s “the stuff power ballads are made of.” By 1974, Aerosmith continued the wave of the song’s success by appearing on The Midnight Special to perform “Dream On.” It’s incredible how well he hits those high notes and jamming out with the rest of his band, guitarist and vocalist Joe Perry, bassist Tom Hamilton, drummer Joey Kramer, and guitarist Brad Whitford.

Listen to 26-year-old Steven Tyler’s natural voice in “Dream On” below:

Steven was a young man, only 26-years-old at the time, and as the frontman of the iconically classic rock and roll band, it’s no wonder he became quite the rock star. He says, “It’s about the hunger to be somebody: Dream until your dreams come true. This song sums up the s–t you put up with when you’re in a new band. Most of the critics panned our first album and said we were ripping off the Stones. That’s a good barometer of my anger at the press, which I still have. ‘Dream On’ came of me playing the piano when I was about 17 or 18, and I didn’t know anything about writing a song. It was just this little sonnet that I started playing one day. I never thought that it would end up being a real song.”

Nothing can replace this precious gem of a performance, considering it was the start of an amazing music career for the Aerosmith frontman and the rock band. Of course, as the years go on, becoming rock legends is no joke with “livin the high life” as rockers do, and there’s no doubt Steven Tyler of Aerosmith as an old man now can still perform. Nevertheless, to watch the singer-songwriter during a more innocent and fresh time of his life is timeless in itself.

Throughout the years, they’ve also performed the song on MTV’s 10th anniversary in 2012, and it was part of : The Rock and Roll Hall of Fame’s 500 Songs that Shaped Rock and Roll” list. Run-DMC also did a version of the band’s song “Walk This Way changing pop music during the 70s.