Hank Williams Jr. and Kid Rock Jamming Out Together Is An Unexpected Classic 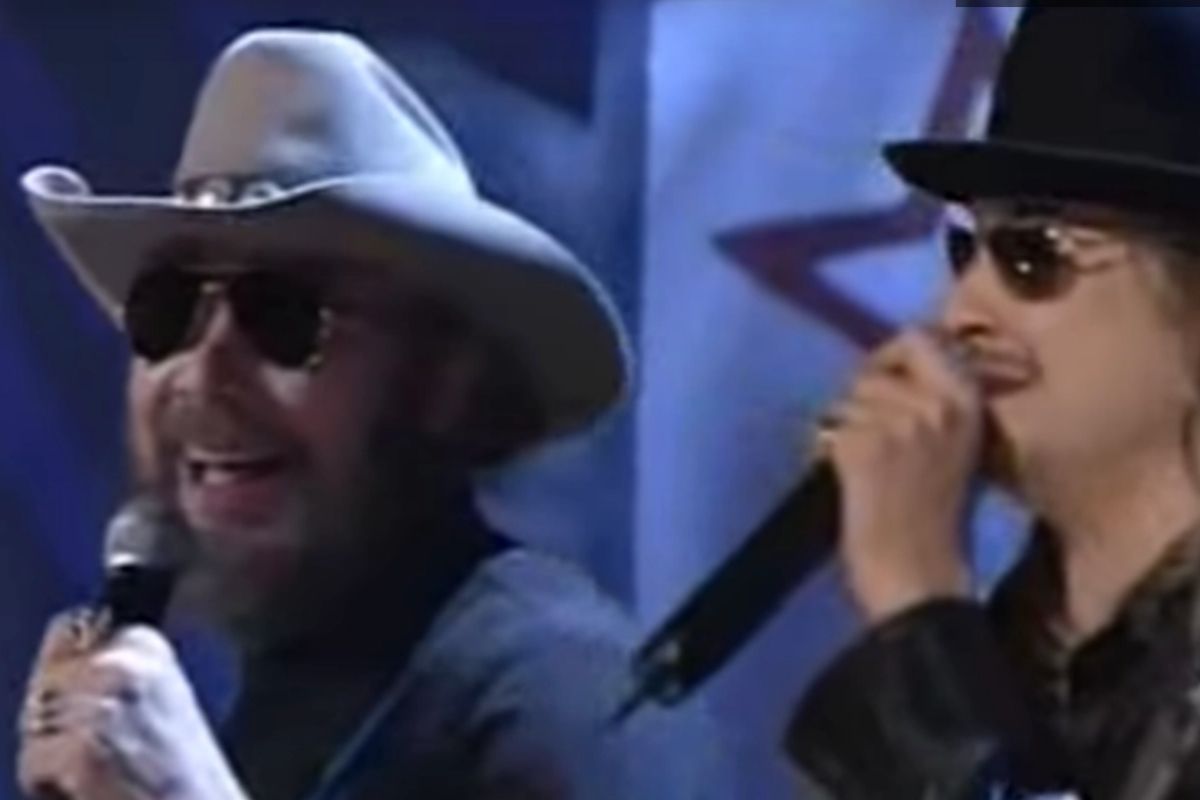 Kid Rock, however, has various chapters of who he is. He broke into music in the ’90s as a straight-up rap artist. Around 1997, he morphed into his rap/rock self, and then in 2002 or 2003 he changed again, this time into more of a Lynyrd Skynyrd, southern rock singer, an alter ego named Kid Country.

In 2002, CMT (Country Music Television) paired the rap/rock version of Kid Rock with Hank Williams Jr. for the second ever taping of their incredibly popular show “CMT Crossroads” in Nashville, Tennessee, where the kindred rebels churned out a spirited rendition of Hank’s classic country song “Family Tradition.” You can see in their performance these two have more in common than a musical background. Rock admires Hank Jr. and the respect is very much mutual between these rowdy friends.

Now we can’t say for sure if that time spent with country star and country singer Bocephus is what prompted his evolution from rap/rockstar to southern rock and roll, but the timing sure does shake out.

“I hope to be able to sing as good as this guy one day and play as good as him,” the songwriter told CMT in an interview previewing the special. “I’m trying. I got the best teacher out there. The [country] influence will always be in my music, but am I going to go country? I think I was born country.”

According to CMT, Williams noticed Kid Rock when Kid Rock called him “the greatest white act he had ever seen,” in an interview, also learning that Kid Rock was covering his song “A Country Boy Can Survive” in his performances. In fact, Williams also told CMT that he sees Kid Rock as his own son. He says, “My wife tells me there’s a hell of a lot of vibes between Bobby and I,” Williams explained, “She said, ‘It’s like he is a part of you or you see your younger self in him.’”

Editor’s note: This article was originally published on December 18, 2018.