Man Kills 1,000-Pound Gator He Says Had Been Stalking Him for Years 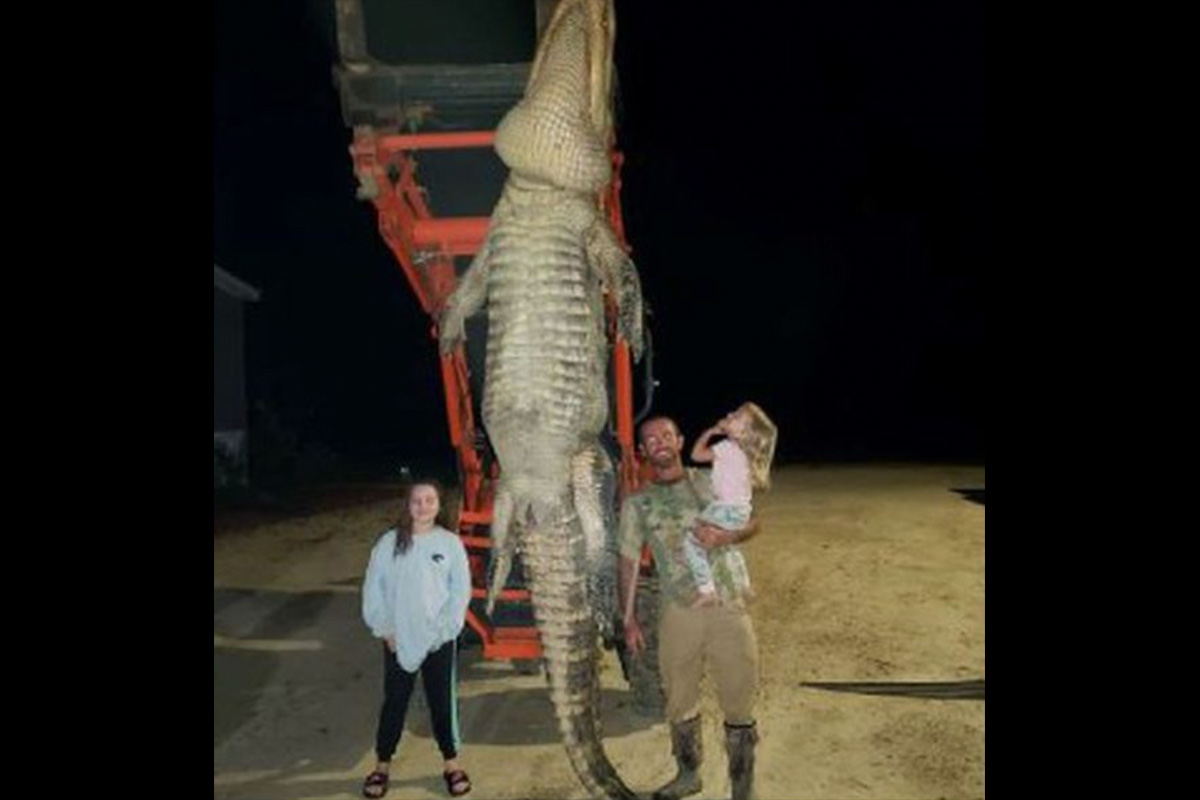 A Florida man came close to breaking state records after he bagged a 1,000-pound alligator that he claimed had been stalking him for years.

Corey Capps said they were in a 12 foot boat, making pulling the 13-foot gator a struggle, but they were eventually able to capture him. https://t.co/xbApLVlKvd

According to CNN, Corey Capps of Blountstown, Fla. has an alligator hunting story for the ages after he took down a thousand-pound monster that he claims had been the one hunting him for all these years.

While taking a boat ride down the Apalachicola River with his wife the pair spotted the beast on one of the riverbanks. Later, Capps contacted his buddy with state-issued gator tags, Rodney Smith, as one presumably does in Florida. The next day the pair went back out and killed the massive alligator with a harpoon, while it was hanging out in the exact same spot it was a day earlier.

This Thing was Really Big

Though this beast didn’t break the Florida Fish and Wildlife Conservation Commission’s record for the largest gator ever captured it was still ridiculously huge, as the pics show. So big, in fact, that Capps and Smith need three hours to drag the thing a mere 100 feet from where they killed it to their boat. (What they really needed was a backhoe.)

Anyway, congratulations to Capps, Smith, and Capps’ wife both for their impressive kill and also for not being swallowed whole by this thing. This gator could’ve eat all three of them like they were a plate of mozzarella sticks at Hooters. Each person a singular mozz stick. An appetizer for whatever the hell this thing would eat for an actual full meal. Ten deer? A station wagon with a family inside of it like in that movie Tremors? Either way, this dinosaur could do some serious damage. Now go kill all the pythons.

Watch: Duck and Tiger Duke it Out in Zoo Pool