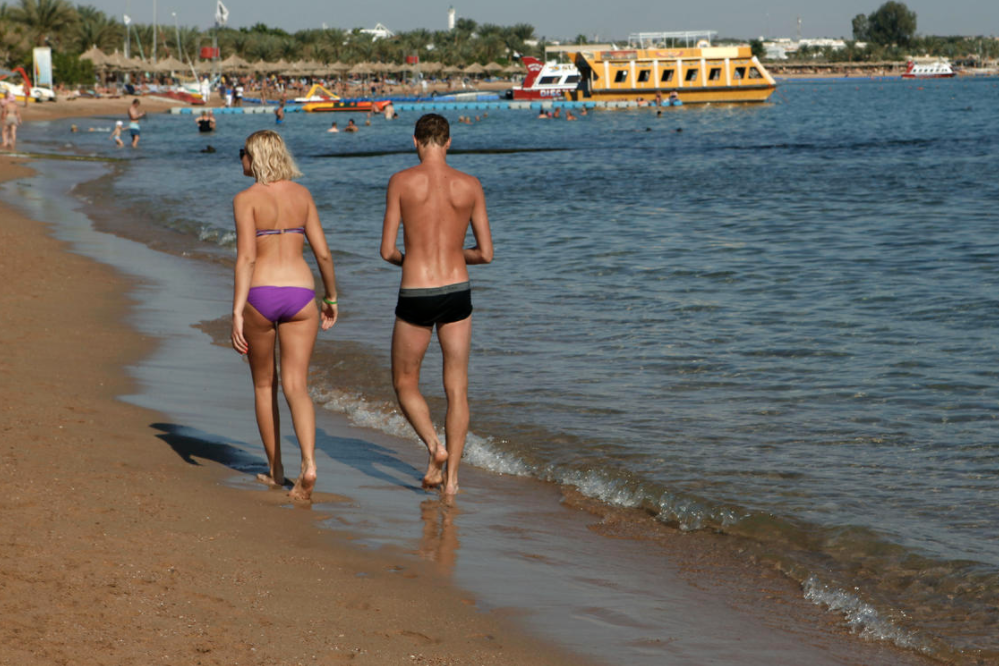 A serious shark attack in a coastal region of Egypt on the Red Sea cost a 12-year-old boy his arm and an Egyptian tour guide his leg.

Shark Attack at Sharm El-Sheikh Resort on the Red Sea

The boy, a young Ukrainian tourist, his mother, and the family’s guide were snorkeling at the Red Sea resort of Sharm El-Sheikh when the shark attacked. The initial investigation discovered it was a nearly 7-foot long Oceanic Whitetip Shark that attacked. Egypt’s Ministry of Environment released a long statement recounting the events.

Two injured people from Ukraine (mother and son) as well as the guide to the tourist regiment of Sharm el-Sheikh Diving Center, some of whom were doing diving and others swimming sports Surface in the ?? Shark Countryside ?? diving area of Ras Mohammed National Park.

The injured child, who was among the 6-person swimming pool group, was attacked by a shark, which caused injury, compelled the group to climb in the shallow area of Coral reefs and lunch help used to execute the trip.

Following up on social media, an underwater video was found in the area of the accident by a submarine working in the field of safari diving, and a female shark estimated to be about 2 meters tall, white fin shark is released Abnormal behavior and behavior that is hostile towards humans, which is likely that it was the one who attacked the injured, taking into account the above-mentioned data and information.

All three of the victims were immediately taken to a nearby hospital and put in intensive care according to Egyptian Health Officials.

Though a spate of shark attacks took place a decade ago in Egypt, killing one European tourist and injuring several other people, typically these events are typically rare at Egypt’s Red Sea resorts according to the Environment Ministry, especially in recent years. The Red Sea is one of Egypt’s major tourist destinations.

Watch: Man Pays $150 to Play with Leopard, Gets Scalp Ripped Off by Leopard