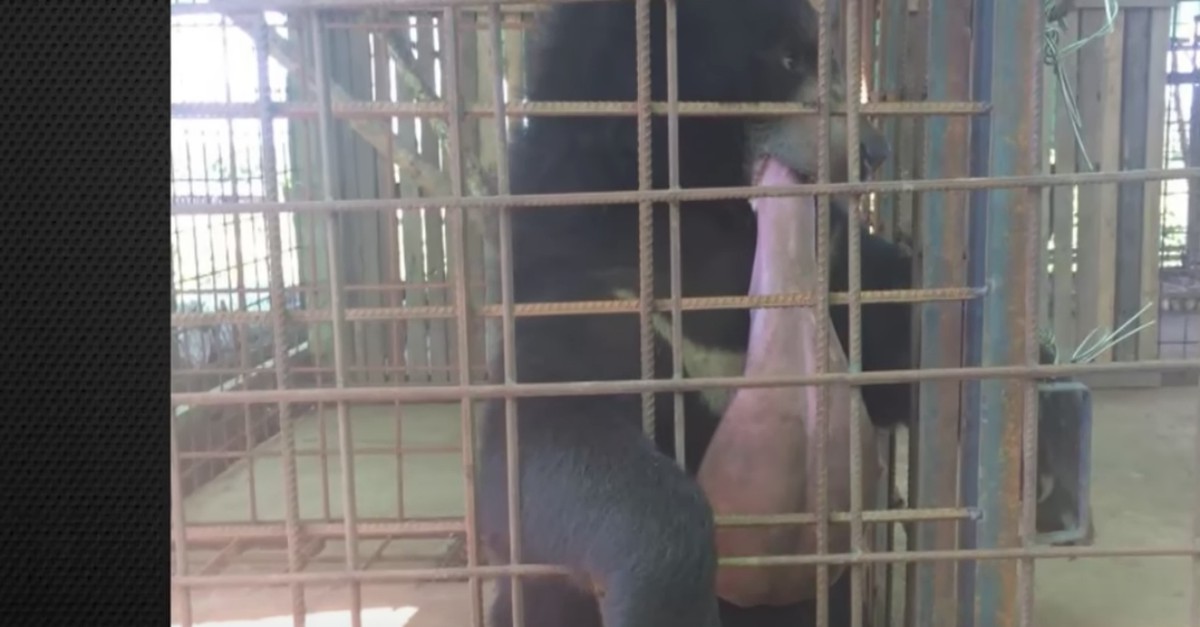 A two-year-old black bear in Myanmar had a massive, deformed seven-pound tongue that was so heavy it would drag on the ground and left him unable to close his mouth, The Guardian reported.

The bear was separated from his birth mother after traffickers took him, then monks in Myanmar finally saved him before he was sold in China. Those were the least of the problems for the bear, named Nyan htoo, when his tongue began to swell.

RELATED: A bear decided to do some late night window shopping in Lake Tahoe

“I’ve worked with bears for over 10 years, and I’ve never seen anything like it,” Heather Bacon of the University of Edinburgh’s Royal School of Veterinary Studies, who along with her team performed last month’s four-hour operation, told the newspaper.

Thankfully, the bear recently underwent a successful operation to fix his tongue, caused by elephantiasis — when body parts swell due to parasites.

RELATED: “You got to be kidding me”: A bear runs through the neighborhood

“Now he should be able to close his mouth and manipulate food,” Bacon said.