A carriage horse got loose during rush hour in midtown Manhattan 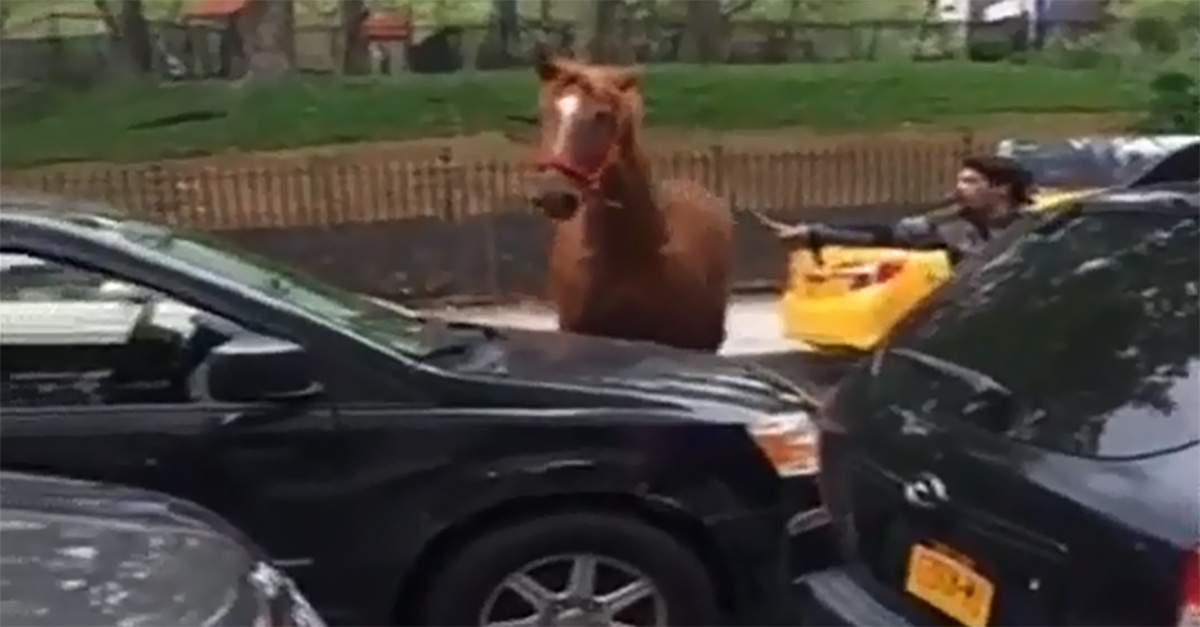 Call it one hairy commute.

RELATED: You definitely won’t regret watching this video of a horse getting spooked by a human in a horse mask

A carriage horse who put in a “boring” day of work schlepping tourists in midtown Manhattan somehow got loose at rush hour, sprinting 11 blocks before returning to her stable.

The horse, a 12-year-old mare named Goldie, offered one of those “Only in New York” moments during her brief escape in the Hell’s Kitchen neighborhood.

She was even seen galloping down the bike lane in this video.

“That’s the craziest thing I’ve ever seen. She made a right turn like she knew exactly where she was going,” said an onlooker.

Perhaps that’s because the horse returned back to her stable on her own volition.

Caretakers theorized Goldie needed the exercise after such a slow day at the office.