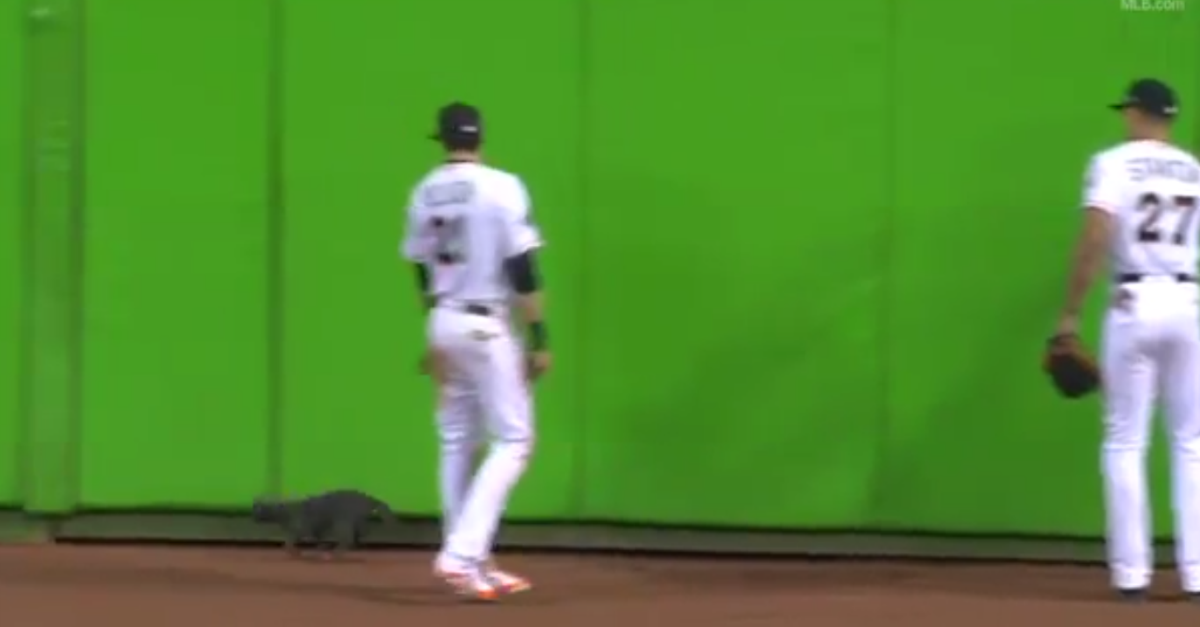 A cat intrusion on #NationalPetDay? How purrr-fect. 🐱

There have been plenty of instances of wild animals (usually squirrels) finding their way onto baseball fields. And on Tuesday evening, a cat appeared in the outfield during the sixth inning of a game between the Miami Marlins and the Atlanta Braves.

The cat caused a brief delay in the game as he scurried up a wall and into a nearby sculpture where he remained for the rest of the game.

RELATED: Angry baseball fan has public meltdown when he thinks he may miss Mets Opening Day

Update: Upon being rescued safely, #RallyCat’s elusiveness persisted, and it again ran away – this time into the night. Rally on, #RallyCat! pic.twitter.com/ZbkgDpdbjr

The Marlins’ twitter referred to the cat as “Rally Cat,” and in a post-game interview Marlins outfielder Marcell Ozuna said, “the cat had me a little worried…I thought maybe it’s bad luck…I detest cats.”

RELATED: This cat didn’t have the patience to solve a magic eye puzzle

The announcers enjoyed a nice reprieve from their usual baseball themed dialogue with statements like “don’t pick that up,” and “terrific stuff by the cat.” Thankfully nobody was hurt, and the cat disappeared into the night.