A dog owner discovered her loyal pet being devoured by a python, but it was too late 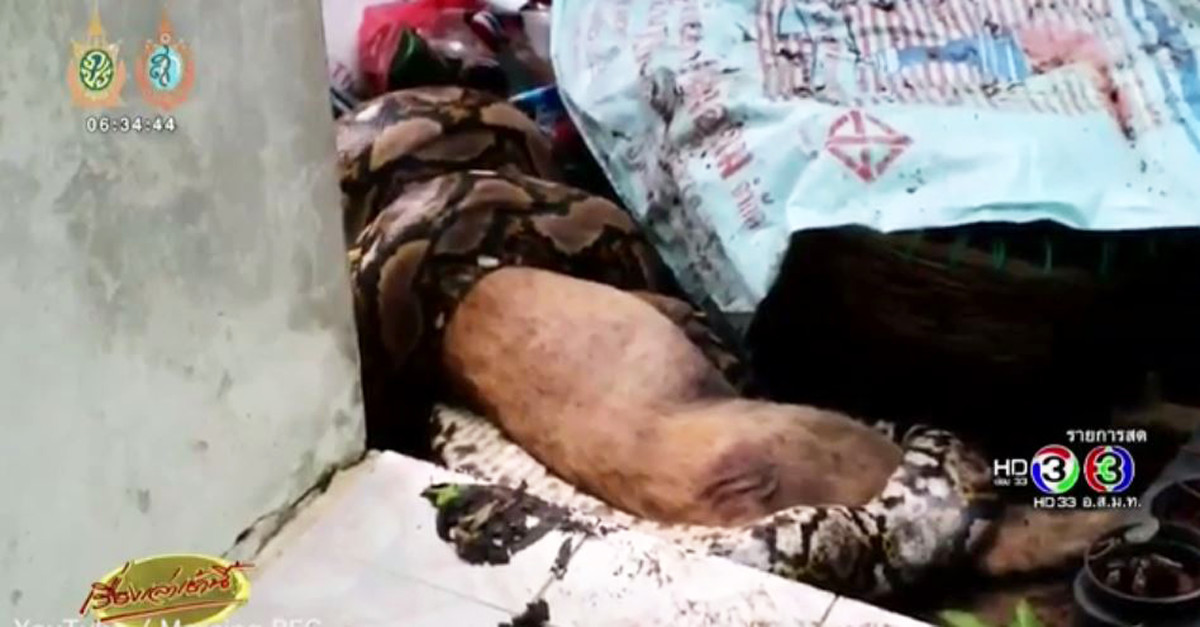 Klomphan Khiewwan, 21, of Thailand was stunned to find her beloved canine, Fino, at the mercy of a python.

Khiewwan lives within the central Thai province of Pathum Thani. At approximately 3 a.m., she went downstairs to discover the snake’s 6-metre-long body wrapped around her dog.

RELATED: The venomous snake responsible for most Australian snakebite deaths was found hiding in an Ugg boot

Khiewwan immediately called for help from a volunteer rescue service, Ruamkatanyu Foundation, which arrived with snake-catching equipment. Unfortunately, it was too late.

RELATED: A Florida woman had to flee her apartment after slithering creatures were coming out of the walls

Fino had died in the python’s unyielding grip and was halfway eaten at the time Khiewwan noticed the horrific incident.

The python was caught and released back into the wild.