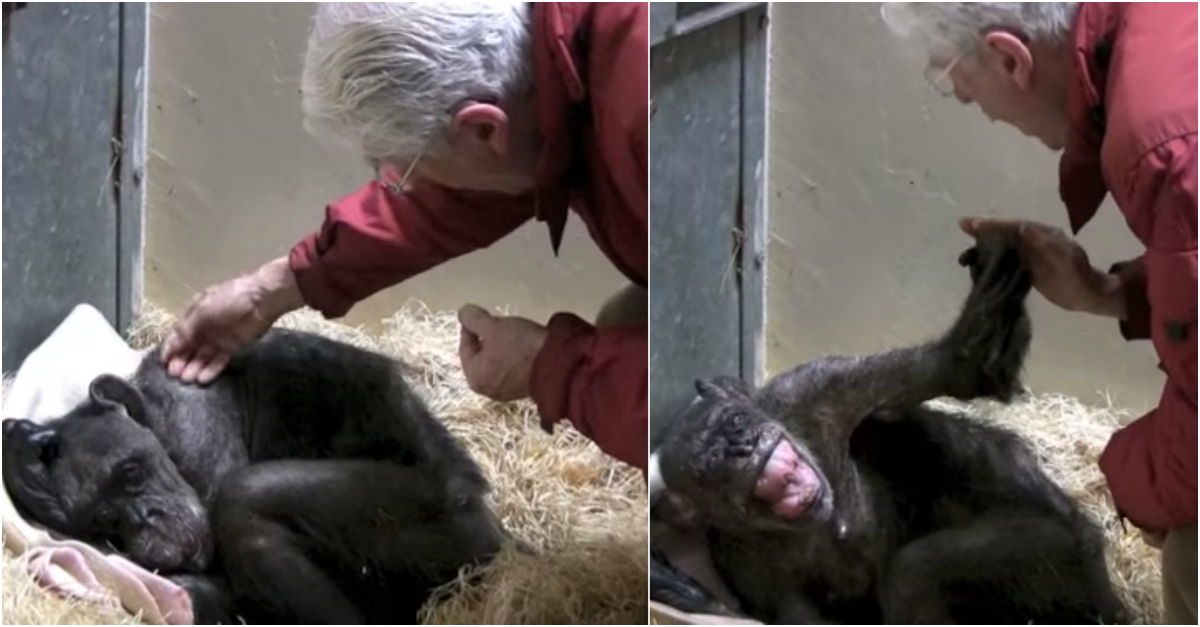 This heartbreaking video — which was uploaded to the Jan A R A M van Hooff YouTube channel back in 2016 — captures the moment an elderly, dying chimpanzee recognizes an old friend.

The 59-year-old chimpanzee is called Mama, and she lived at the Royal Burgers’ Zoo in Arnhem, the Netherlands. Mama is seen curled up on the floor of her enclosure. She’s visibly decrepit and it’s clear that nearing the end of her life.

RELATED: Emotional video shows chimpanzees once used as research animals get a new lease on life

But then, something incredible happens. One of Mama’s old friends — renowned biologist and the founder of the zoo’s chimpanzee colony, Jan van Hooff — enters the enclosure and get Mama’s attention. She instantly recognizes him, and her entire demeanor changes. She grabs hold of him and her wide, toothless smile looms large on her previously demure face. The beautiful moment clearly brought to some joy to Mama, which was no doubt comforting to her in her final days. She passed away the following week, according to the video’s description.

“She had an exceptionally strong and dominant personality,” they said, “so that no man who wanted to come to power could do so around her. She also brought consolation when there were tensions and mediated conflicts.

“She will be sorely missed … I have rarely seen such an admirable character in both humans and apes.”