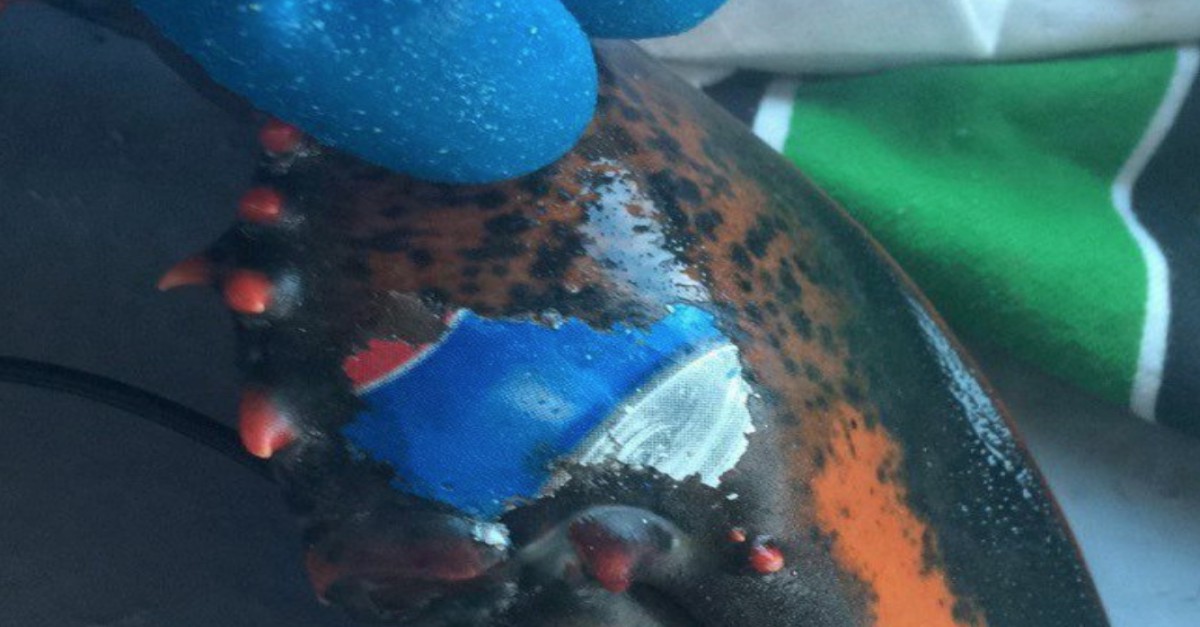 RELATED: A Maine lobster predicts there will be six more weeks of summer

But then, the Canadian fisherman saw a flash of blue and did a double take.

Karissa Lindstrand, who has seen a lot of ugly crustaceans in her four years on the job, was looking at a lobster–with a Pepsi logo imprinted on its claw.

“It looked like the image was tattooed on the lobster claw,” she said Wednesday to CTV News.

“I’ve just seen deformed claws. I’ve never seen anything like this before with the image of a Pepsi symbol,” she said.

The lobster reared its unforgettable head on Nov. 21 near North Head, New Brunswick.

New Brunswick lobster had part of a Pepsi logo on its claw: https://t.co/wJ7Pft5G7d pic.twitter.com/clenAqFur9

Lindstrand said the image could be scraped off, and that it wasn’t paper that was affixed to the claw.

Meanwhile, area environmentalists failed to be captivated by the unusual crustacean, and instead, say it speaks to increase of contaminants in the water.

“What it really tells us is the prevalence of marine debris in our coastal waters. This is a case where the lobster not necessarily has been hurt by it, but it shows that even in the relatively deep waters off Grand Manan there’s garbage down there,” Matthew Abbott, Fundy Baykeeper and marine program coordinator with the Conservation Council of New Brunswick.