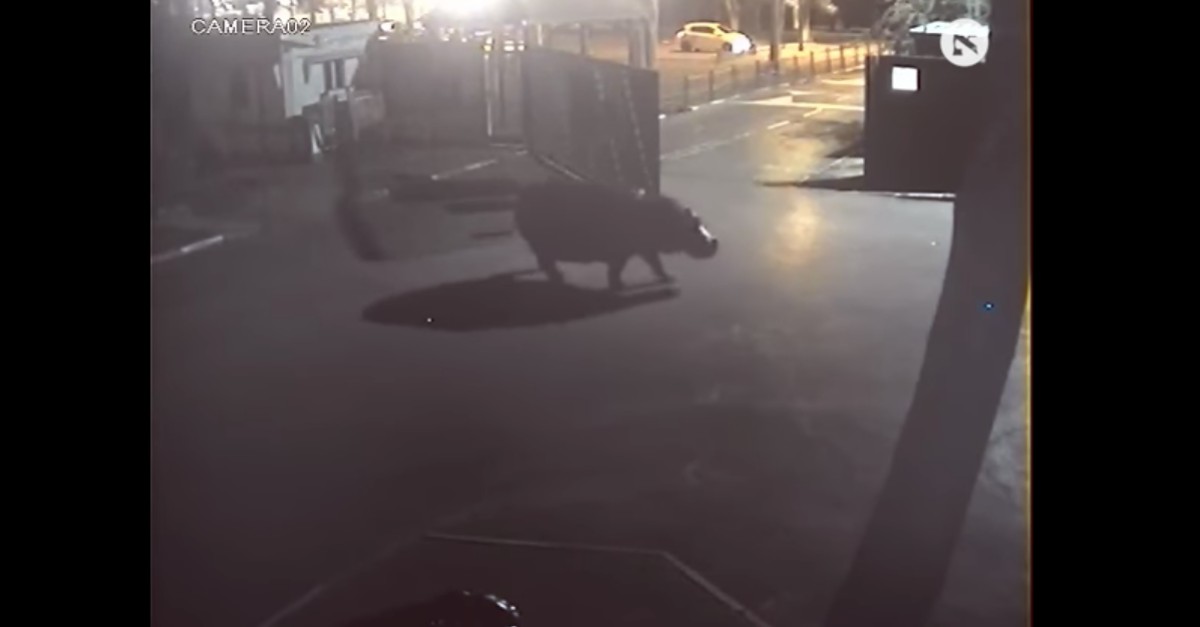 A hippo in Israel escaped from a zoo only to return on her own accord — two minutes later!

The massive animal left her open enclosure a Ramat Gan Safari in Central Israel and walked right through the gates of the zoo recently.

Video cameras caught her freestylin’ — albeit slowly — right out of the gate. Then, two minutes later, she turned around and walked right back into the facility.

Once she came back into the zoo, the hippo was escorted back into her habitat.

Zoo officials are taking the crazy-short escape seriously, however, and are re-evaluating operational procedures to make sure the same thing doesn’t happen again.