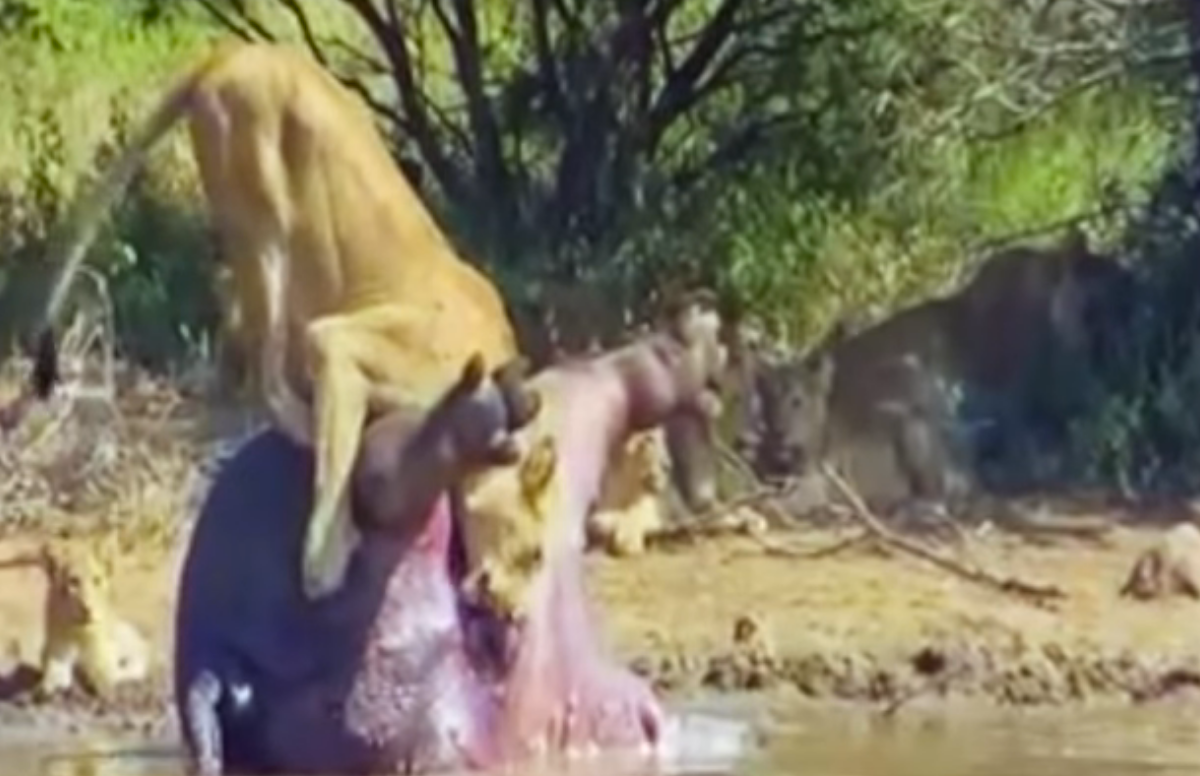 One day in the wild, a hippo died. This is not one of your cute cartoon hippos, wearing a tutu and performing pirouettes with all the other cute cartoon hippos. This one’s just dead, lying on its side in a shallow spot in a river. It’s close to shore which is handy for a nearby pride of lions. Maybe a little too handy.

A lioness appeared on the scene. It is not immediately clear how the hippo died or whether the lioness was the killer, the coroner, or the chalk outline drawer. We’re gonna go with natural causes because hippos are really tough and pretty much nobody messes with them except maybe guys with guns. Or cameras.

The lioness, for some reason, jumped on top of the hippo and started sniffing its butt. That’s when the hippo’s relaxed bowels unleashed a poo-prise of disgusting pooportions. There’s probably a lesson to be learned about keeping your nose clean here. What is it with animals and butt sniffing? Are we missing something? I mean besides a load of hooey.

Props to the lioness, she handles her surprise package with a lot of grace. Imagine that was you standing on top of a dead hippo in a river, it probably happens all the time, amiright? Eventually, the lioness and members of her pride figured out that there was nothing for them there and ran away. She who sniffs and runs away lives to do some other weird thing another day.

If you really care to watch the incident in slow motion, zoom ahead to the 1:10 mark.