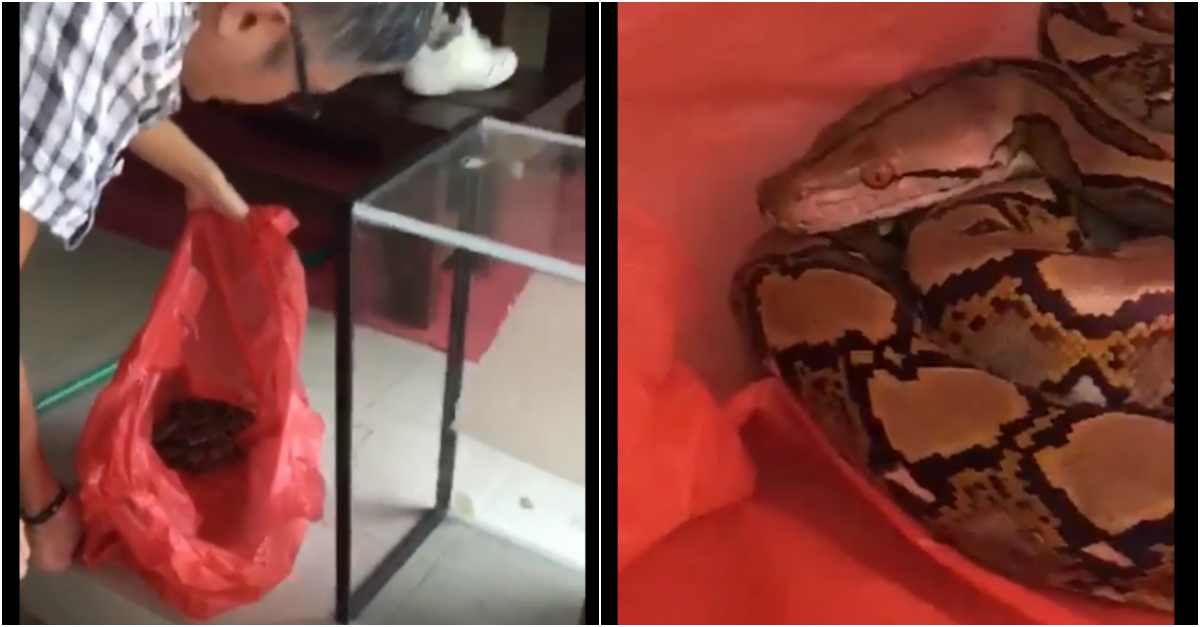 A pet parrot in Singapore was rescued from certain death after its owners discovered a huge python coiled around their bird’s cage.

At 6 a.m. on Oct. 29, Melvin Yap woke up to the sound of his wife screaming at their home along Jalan Loyang Besar. The cause of the screaming: a nearly 5-foot long reticulated python that had made an unexpected house visit. Speaking to The Straits Times, the 46-year-old said that his wife came back from her night shift to find the snake wrapped around the family pet bird’s cage, while the poor petrified bird hid in a corner.

RELATED: Man who found a fish growing around a plastic ring implores you to “pick up your garbage”

“When I saw it, I knew it was a python. I used a stick and a plastic bag at arm’s length and nudged it into the bag,” he said. “It was quite docile, quite shy.”

“Usually when someone comes in through the gate, it will make a lot of noise,” said Mr. Yap. “But when my wife came back, there was no sound from it. It’s fine now. Saved by the cage.”

The snake was very compliant and willingly entered a plastic bag after being nudged with a stick by Yap. The family put the python into an empty fish tank “so it wouldn’t suffocate” and called a local animal rescue group, which took it away later that afternoon.