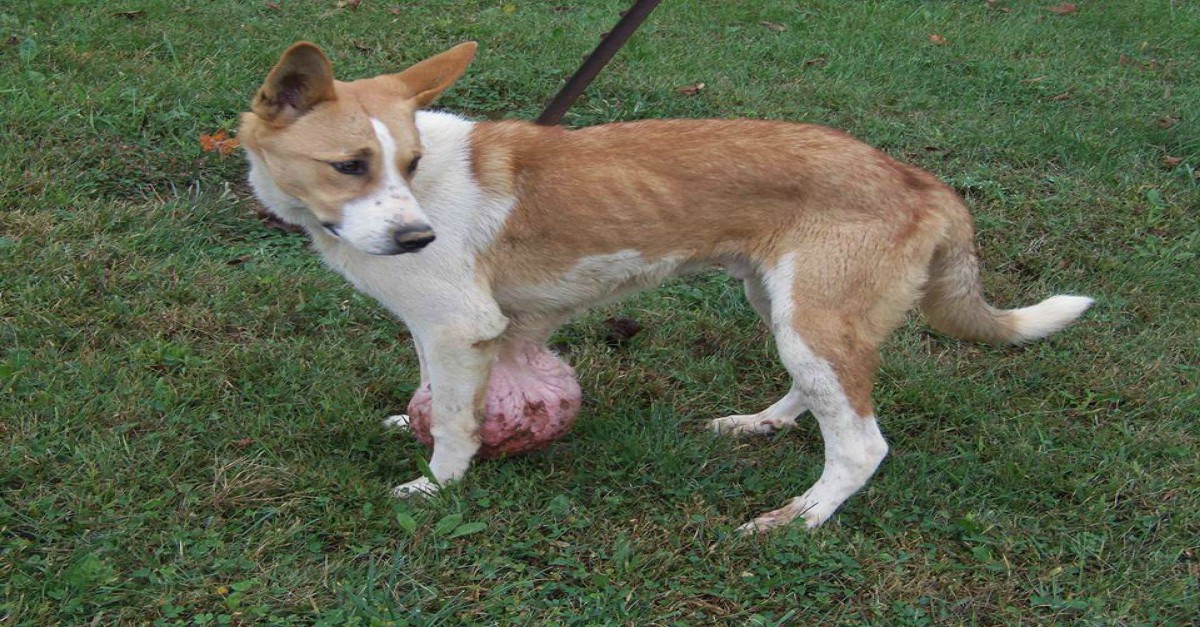 Thankfully, staff at an animal shelter in Ohio ignored the note attached to a puppy dropped off at their facility.

RELATED: A dying dog made it down the aisle to be by his human’s side one final time

The instructions said to euthanize the pup, about a year old, who was dragging a 6-pound tumor on his stomach.

While its owner didn’t believe in Clyde, the shelter folks did, transferring the shepherd/husky mix to an animal hospital where the tumor was promptly removed.

A plea for rescue help was posted Monday night by Gallatin County Animal Shelter:"URGENTExplain to me how someone can…

The hospital staff was outraged at the dog’s condition, and that an owner would wait so long before seeking “help,” so they became devoted to saving the canine who is now up for adoption.

“He’s only a year … way too young for a death sentence,” Shari Wyenandt, of HART Animal Rescue, told WLWT5. “I mean he was in pain, dragging [the tumor]. It was already rupturing from being drug on the ground.”

Now, the tumor is being biopsied to see if the dog will need further treatment.

RELATED: This dog’s reaction to her cancer test results shows that animals have and understand feelings, too

Meanwhile, the animal rescue group is looking for donations to help defray the cost of the dog’s care.