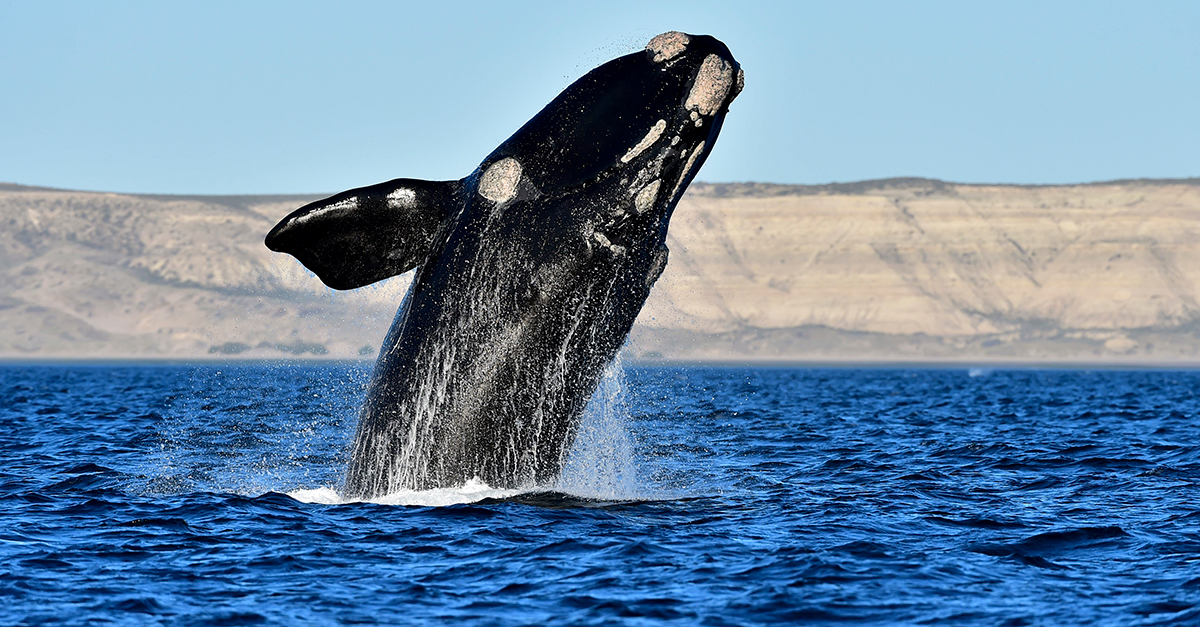 Southern right whales are being seen in record numbers this season off the coast of Argentina.

RELATED: A whale arrives in a French port, only to discover it couldn?t leave

More than 780 whales and their calves have been spotted near the El Doradillo area, which is the highest number since records began in 1971, says the Whale Conservation Institute.

“We have had the great pleasure this year of receiving a really large number of the [southern right whales], almost 800 individuals were counted in the census and about 300 calves were born,” wildlife ranger Roberto Bubas told ABC News.

“This is due in most part to the conservation measure that have been put in place by the government of the province of Chubut,” he added

The tiny inlet in El Doradillo is the only place where the whale breed can be seen from shore, much to the delight of onlookers and tourists alike. The whales migrate to the region from their icy habitat near Antarctica.

RELATED: 5 facts about humpback whales, the gentle giants of the sea