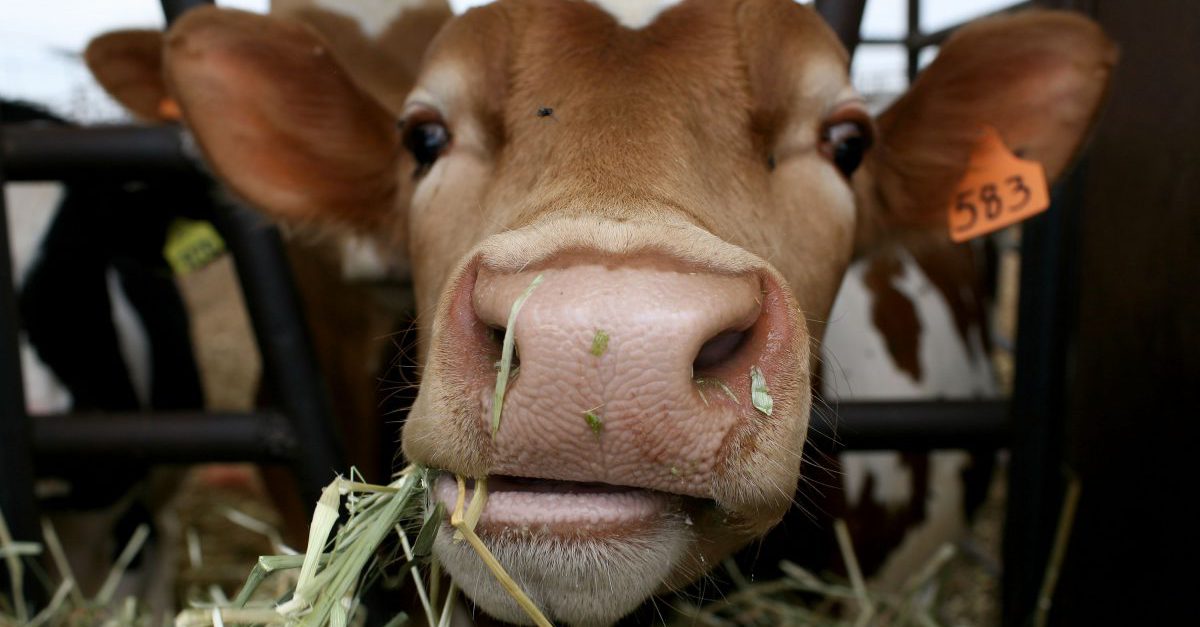 Justin Sullivan/Getty Images
ESCALON, CA - JUNE 02: A cow eats hay at the Faria Dairy Farm June 2, 2009 in Escalon, California. As milk prices continue to plummet due to a weakening international and national demand, dairy farmers across the U.S. are struggling to turn a profit prompting many to sell off their cattle for slaughter and turn fields into corn crops. Within the past year, milk went from $17 per one hundred pounds down to $10 per hundred pounds. Most dairy farmers need to make at least $15 per hundred pounds to break even. (Photo by Justin Sullivan/Getty Images)

A disgruntled bovine escaped its home in Suffolk County, Long Island, last week and ran away — until it smashed into a police cruiser and was taken into custody.

RELATED: Life in Queens was seriously disrupted when an unexpected visitor took to the streets

The crazy story started Thursday, when the cow’s owner reported it missing. The next day, residents in Medford started calling in about an unusual sighting.

That’s just about the time the brown-and-white cow got angry, hurling itself into the side of a cruiser, denting it.

Soon, the officers managed to corral the cow into an abandoned property and tranquilized it.

RELATED: Police had their work cut out for them as ?udder chaos? erupted on highway during a winter storm

No one, including the officer in the car the cow rammed, was injured in the process.