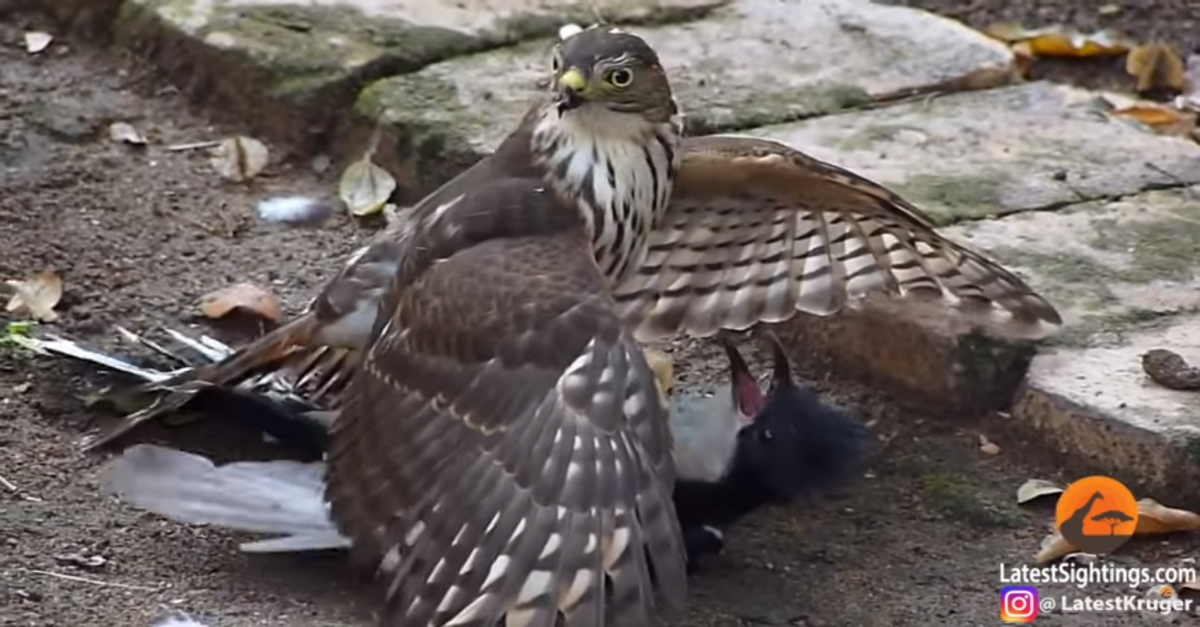 This oddly captivating footage was captured by 31-year-old Organ Sabiepark close to the Kruger National Park in South Africa — which covers a diverse habitat of 7,523 square miles and supports a rich variety of wildlife.

“I have the best job in the entire world! Getting to spend the whole day being with animals, there is nothing like it,” Organ said, while recounting his story to LatestSightings.com — a website that compiles fascinating wildlife videos from the park.

“I was working at the picnic site, as usual, when I heard a noise coming from nearby,” he continued. “I started looking around and suddenly spotted the Sparrowhawk strangling a Jacobin Cuckoo.”

RELATED: The mystery surrounding a spike of sea creature deaths has finally been solved

Organ confessed the sighting caused him some discomfort: “When I watched the sighting play itself out, I felt sad about what was happening! The Sparrowhawk was biting the Jacobin Cuckoo and trying to kill it, all while the cuckoo was fighting for its life and trying to escape.”

The video he captured is pretty intense, but it’s also fascinating to watch the two birds tussle. The fight is pretty one-sided and it’s the larger sparrowhawk that dominates. It seems to be toying with its victim — a tactic it would soon regret.

“At the end, after fighting extremely long and hard, the Cuckoo managed to get away, Organ said. “That was in some way a great relief.”