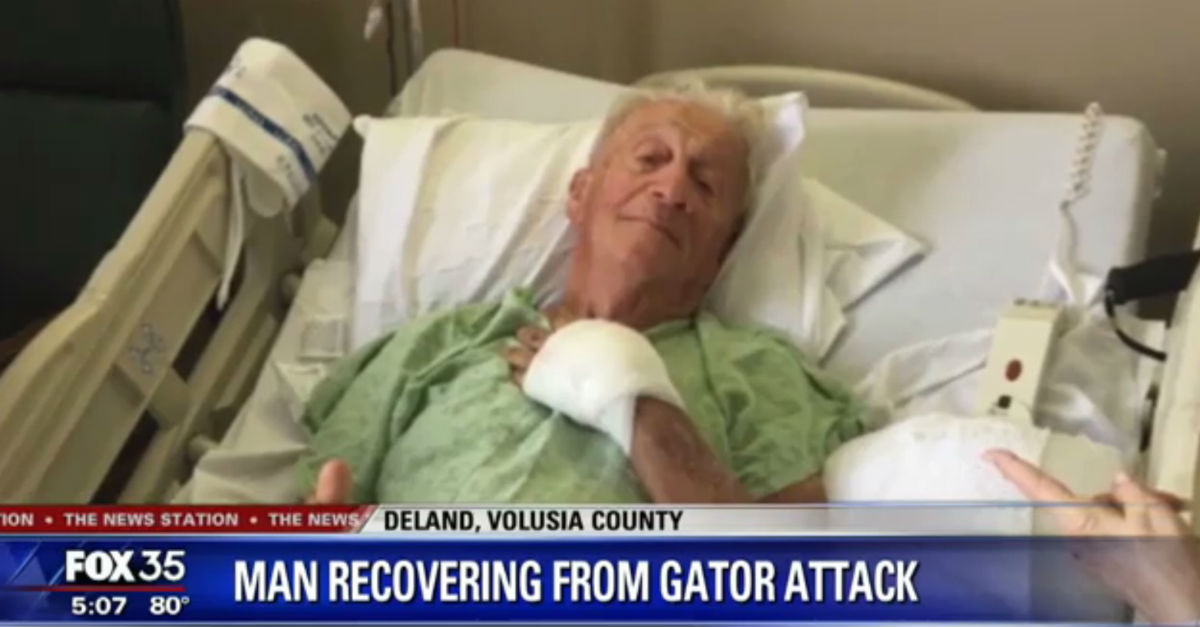 A Florida man is recovering after sustaining an alligator bite on his hand and leg.

The Florida Fish and Wildlife Conservation Commission launched an investigation after Richard Knuebel, 87, was bitten by an alligator at Lake Beresford, near DeLand. Family friend Frank Wiltse reported that the gator lunged at Knuebel from the water as he was doing work around his boat.

Florida Fish and Wildlife Conservation Commission spokesman Greg Workman said that the alligator that bit Knuebel was about 7 to 8 feet long, while later reports suggest it was up to 9 feet long. Volusia County Sheriff’s Office spokesman Andrew Gant reported that Knuebel was “conscious and alert” following the bite.

“I’m bleeding pretty bad,” Knuebel is heard saying in a 911 call. He told the operator that he needed to pay attention to his hand before hanging up.

Knuebel was taken to Central Florida Regional Hospital in Sanford by medics where he is recovering from his injuries with his wife by his side. Investigators did not immediately capture the alligator.