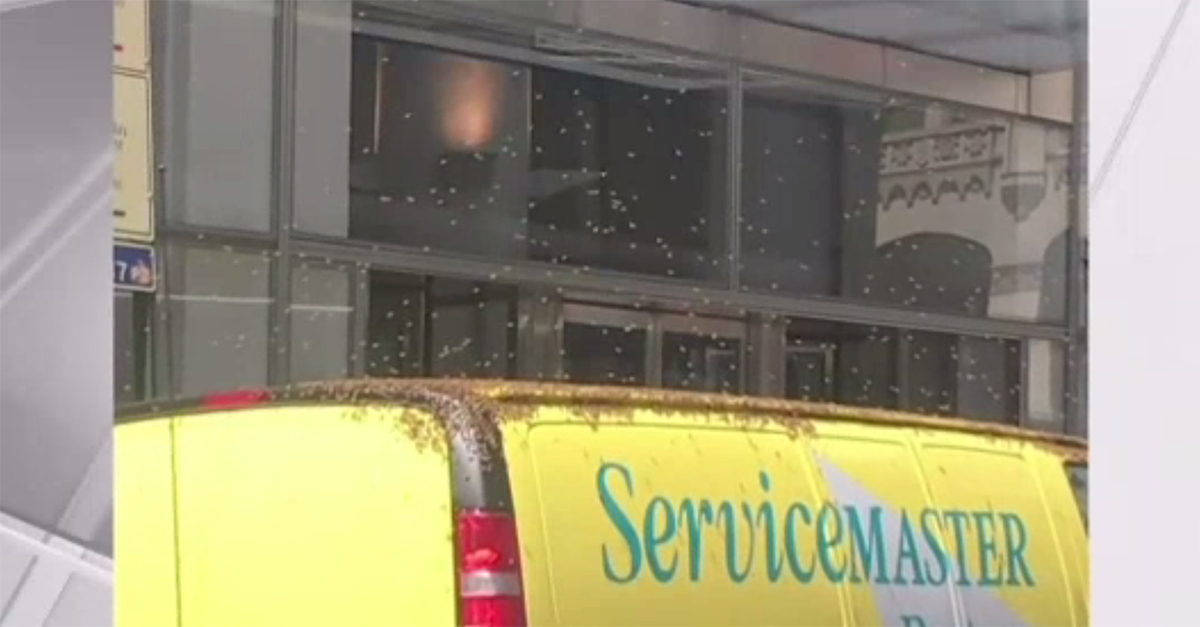 A massive swarm of 2,000 honey bees descended on a van parked in midtown New York on Friday, resulting in a street closure and causing quite the lunch-hour spectacle.

RELATED: A swarm of bees are the first parishioners at this renovated church

The driver the van returned to his vehicle around 11 a.m. when he opened the door and found “thousands” of bees.

“They have the potential to kill people, so you have to be very careful with them,” said Henrique Paiva, the driver, to NBC 4 New York.

No one is sure why the bees swarmed the van, although they were also spotted about a block away in front of a building.

By mid-afternoon, the NYPD’s bee wrangler was seen corralling the insects and cops had closed 47th Street between Madison and Fifth avenues.

RELATED: There’s a buzz surrounding the completion of this highway in Illinois

Eventually, the wrangler vacuumed up the bees, and they were taken to the police department’s beehive in the Bronx.