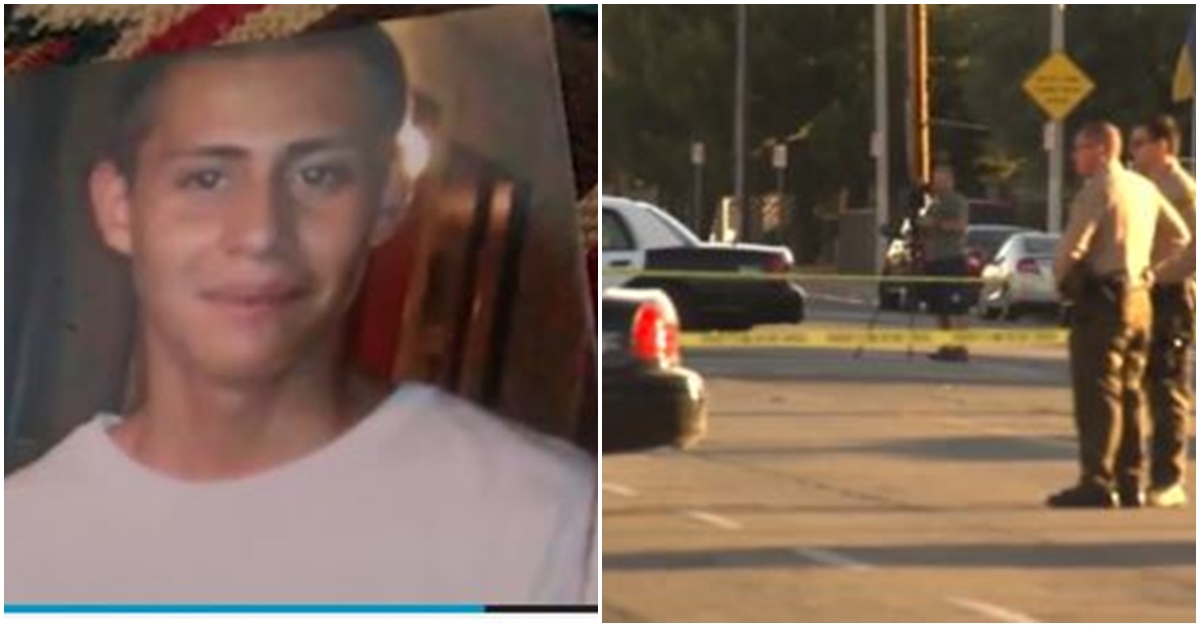 A California teen was tragically killed by police Thursday when a bullet meant for a charging pit bull ricocheted off the ground and hit the boy instead.

RELATED: A man allegedly threatened to sic his pit bull on a woman who turned down his advances at a hotel

The shooting happened in the early morning hours on Thursday in Palmdale, California, after deputies responded to a report of loud music, the Los Angeles County Sheriff’s Office said in a statement. When the deputies walked up the driveway, a 60 to 65-pound pit bull “aggressively charged at the deputies and attacked one of them,” biting the deputy on the knee, the sheriff’s department said.

At that time, a young man came out from behind an apartment complex and restrained the dog and took it to the back of the building, the sheriff’s office said.

RELATED: Tragedy struck a 91-year-old woman when a pit bull adopted by her daughter attacked and wouldn?t let go

The sheriff’s office said the teen was killed by a “skip round,” which had ricocheted off the ground, the Los Angeles Times reported.