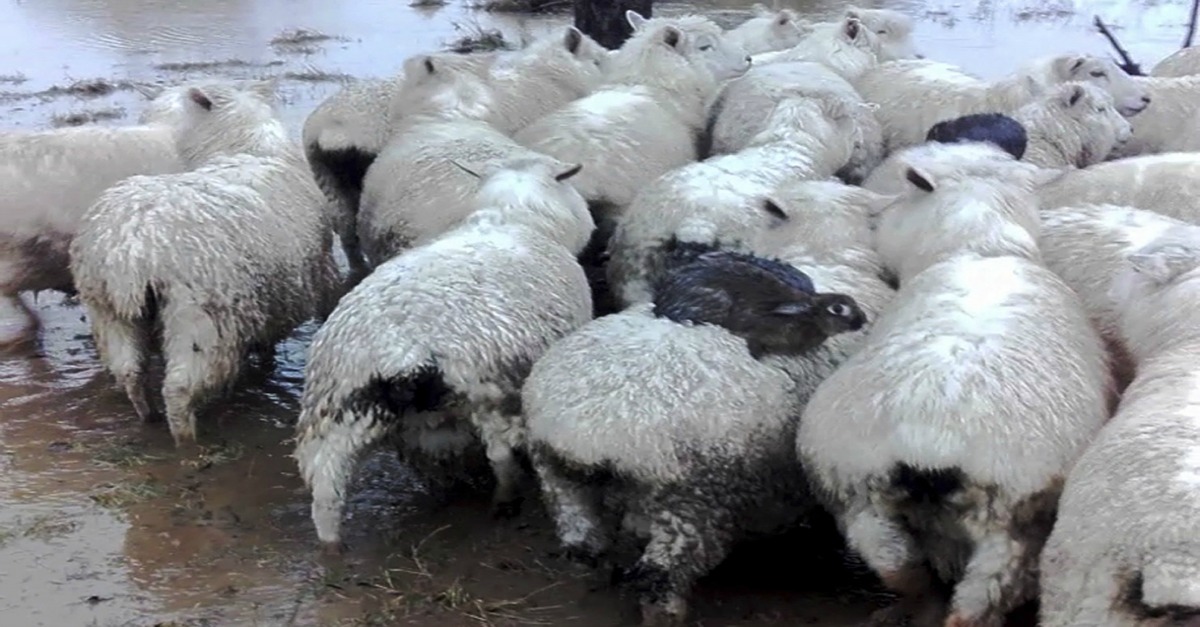 Three wild rabbits escaped rising floodwaters in New Zealand by riding a pack of sheep and surfing to safety.

RELATED: You won’t believe your eyes — or the scale — when you see the size of these rabbits

As the pelting rain came down, local farmer Ferg Horne couldn’t believe his eyes. In all of his years, he had never seen the sight. As he got closer, he thought it might be debris from the storm, which had drenched the area and forced Horne to evacuate his home.

But then he saw the rabbits hitching a ride, two on one sheep and a third on another sheep.

“I couldn’t believe it for a start,” Horne said.

RELATED: In another PR disaster, a storied animal dies on a United Airlines flight

Thankfully, he had his phone with him to snap some pictures. Otherwise, nobody else would have believed it.