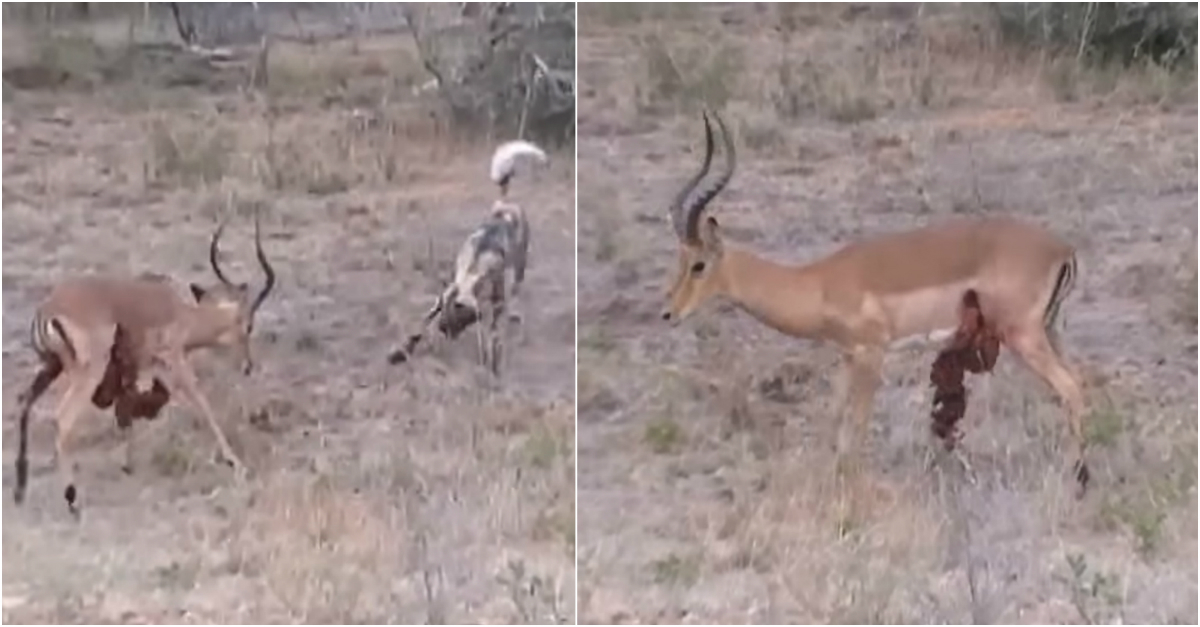 45-year-old General Manager, Hans Schuring — who was about to leave the park after camping there for 2 days — recorded this particular video. “We were coming around a bend, on the H1-2, heading towards the H12, with the caravan running happily behind our vehicle, when suddenly we saw movement to the right of the road,” he told LatestSightings.com

RELATED: A dying chimpanzee recognizes an old friend and all of our hearts melted

“Initially, we were a bit disappointed that we?d missed the actual catch by a matter of maybe seconds, but the following moments were very intense and emotional,” he continued. “The impala was still alive trying to get to his feet as the wild dog was biting and tearing away the flesh from the stomach area.”

As you can see in the video, the impala somehow gets to it feet after literally being turned inside out by the hungry dog. The impala attempts to fight off the wild dog, but to no avail. “It was heart-breaking to watch, he put up a very brave stand-off against the wild dog but it felt like hours before the rest of the pack began to arrive whilst the wild dog was circling its prey and calling them to join in the kill,” Schuring said.