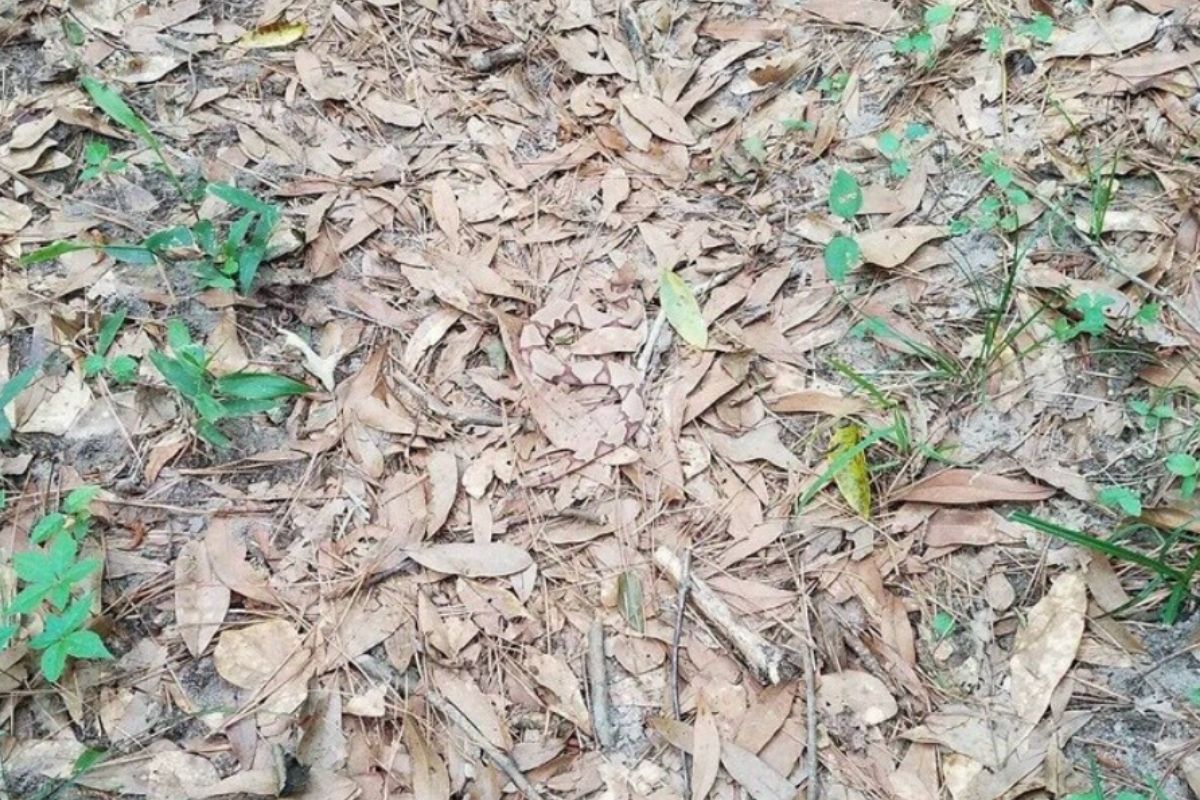 Yikes! There’s a copperhead snake hiding in plain sight in this photo… but good luck finding where it’s hiding. The venomous snake, responsible for biting more people than any other poisonous snake in the United States, blends into its surroundings, and nowhere is it more apparent than in this photo.

Can You Spot the Snake?

Can you spot the snake? 🐍 Comment "found it!" when you see it! #CreatureWeek pic.twitter.com/3aOc4VNFbq

Forget the Snake! Can You Spot the Glass of Wine?

Forget the snake! Can you spot the glass of wine?? pic.twitter.com/K7EM3NihtU

Where the Snake Was Hiding!

If y'all haven't found it yet… Copperhead, aka Agkistrodon contortrix. Cute but venomous, so no touchy! ☺️🐍❤️ pic.twitter.com/pSVMIhFP0o

Amid the brown brush, the snake lies in wait, curled around itself. Many who saw this post were worried about stepping on a similar reptile while out in the woods. The graduate research assistant, under her Twitter name @SssnakeySci, who posted these pictures clarified that this species of snake, while deadly, is actually “pretty chill” and outlined where the snake was in the photo to help others spot its camouflaged body.

Helen Bond Plylar is a Ph.D student who is studying pythons. She warned, “If y’all haven’t found it yet… Copperhead, aka Agkistrodon contortrix. Cute but venomous, so no touchy!”

According to the CDC, between 7,000–8,000 people per year receive venomous bites in the United States, and about five of those people die. A recent study shows that one out of every four bites occur in Texas and Florida, and that young boys are the victims of two out of three bites. Copperhead snakes are responsible for more bites than any other American snake species, but their venom is mild and rarely fatal.

Make no mistake, this is one dude you definitely don’t want to get caught up with. If you go adventuring in the woods, you might want to make sure you watch your step too, since a harmless walk through nature can go south real quick.

Editor’s note: This article was originally published on October 6, 2017.