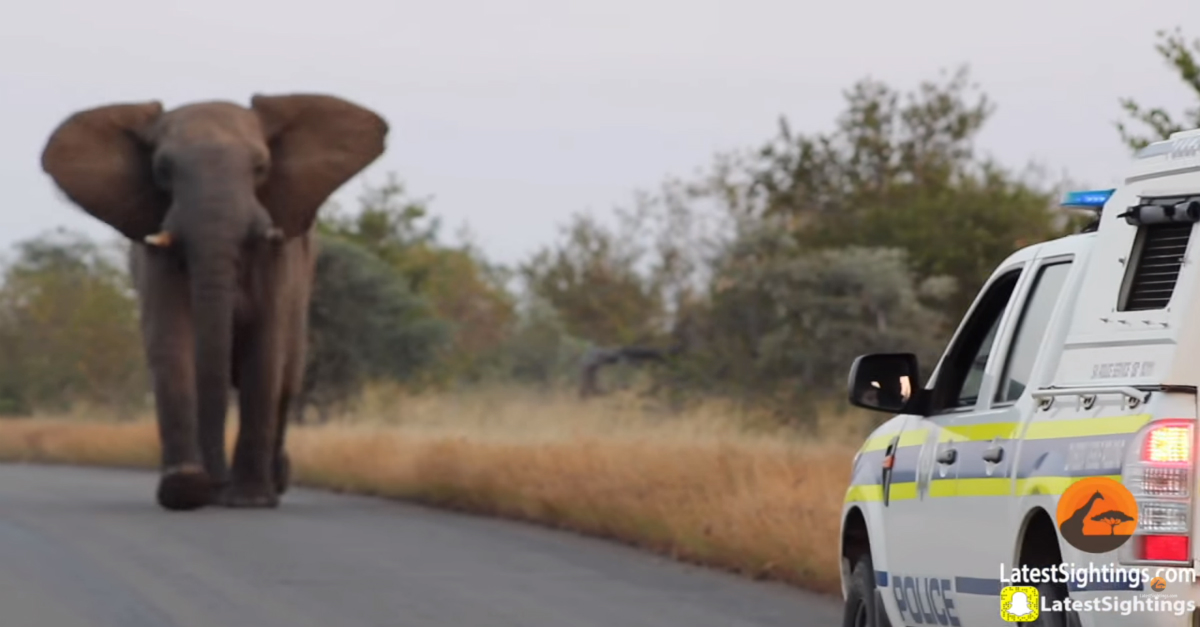 Here’s another crazy Kruger Sightings video recorded at the always crazy Kruger National Park in South Africa. This video features a pack of wild dogs, some local authorities, and a rowdy elephant with no remorse!

The stunning footage was captured by 61-year-old Beryl Venter, who was actually leaving Kruger Park after a five week vacation. On her way out of the park, she and her posse encountered a pack of wild dogs.

RELATED: This brutal giraffe battle was literally neck and neck, but there could only be one winner

“Soon after another vehicle arrived,” Venter told LatestSightings.com, “The gentleman was staying in Kruger and was taking his son to school in Phalaborwa. After a few minutes, the guy asked us if he could drive slowly through the dogs as his son would be late for school.  We did not mind and as he passed us, we heard an elephant in the bushes and noticed a few dogs started running away. Suddenly, the elephant burst from out of the bushes and starting chasing a few of the dogs.”

Things got even crazier when the elephant turned around and started running toward the humans. “We could not reverse because we had the caravan on tow and another vehicle was behind us,” she said. “The elephant kept on running and the other vehicle blew its hooter. Only then the elephant stopped, threw his trunk over his tusks as if to say he’s done with us and very calmly walked into the bush. By then most of the dogs were gone.”