A wild boar screamed when a vicious tiger attacked, but it did not go down without a fight 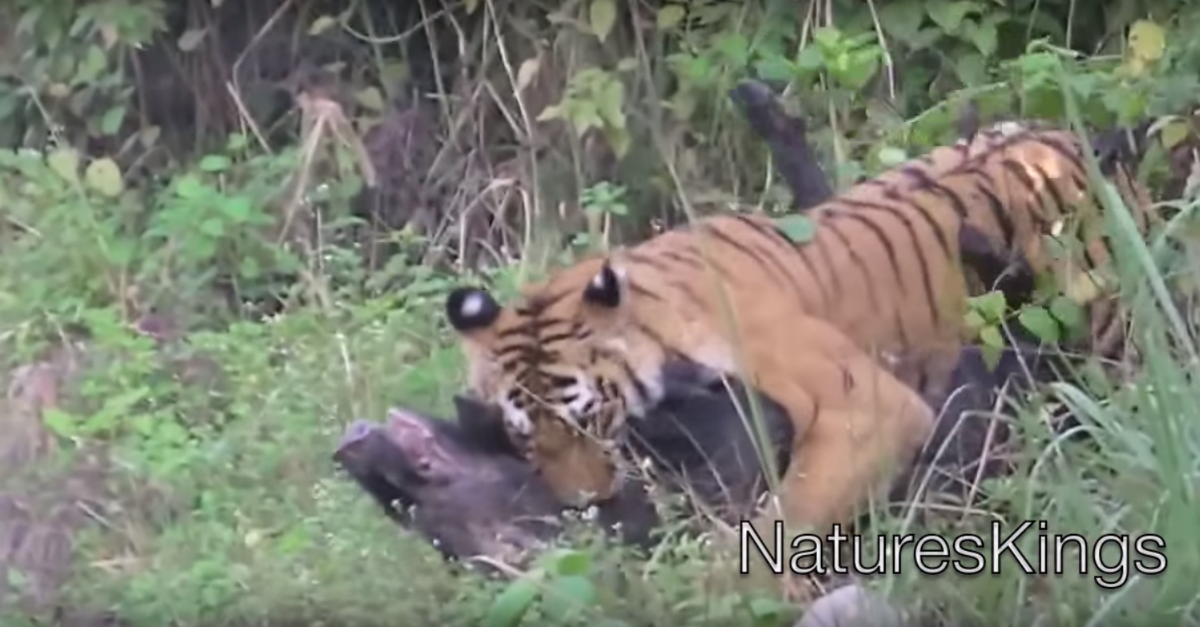 A video reportedly captured at Jim Corbett National Park in India captures the harrowing moments a wild boar narrowly escaped a tiger attack with its life.

The person holding the camera runs through the trees as screams are heard in the background. The person eventually comes in full view of a tiger pressing its teeth against the neck of a boar.

The animals struggle for several minutes as the boar attempts to thrash its way to safety, screaming for much of the ordeal.

At long last, the boar managed to find an opening and released itself from the tiger’s mouth. The tiger kept its claws into the boar, but its efforts were allegedly thwarted. The video ends announcing that the boar eventually got away.

RELATED: The cameras came out when a pride of lions killed a buffalo right in front of some tourists