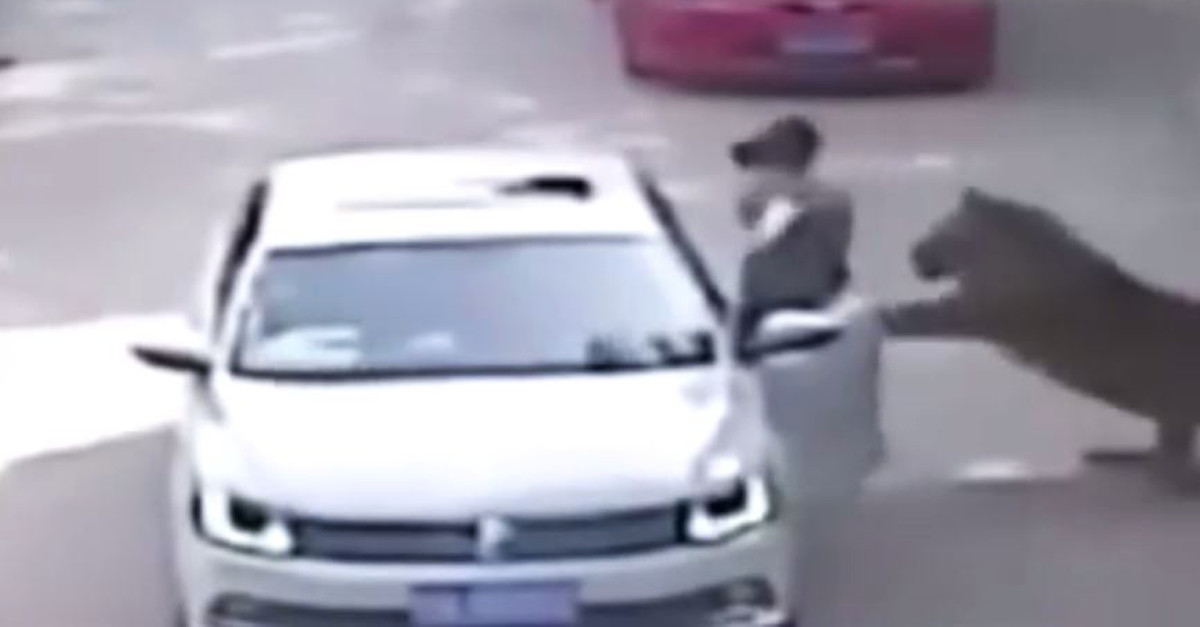 Whenever participating in an exploration of wildlife, officials strictly demand all public to stay inside of the vehicle. Actions such as rolling down the window and pointing the camera outside of the car door are also prohibited.

Sadly, a woman in China did not obey such orders.

RELATED: Pope Francis tried petting a tiger and the big cat instantly showed him who’s the real boss in Rome

Upon leaving the passenger’s seat and walking to the other side of the car, she was instantly mauled by a tiger, the world’s biggest cat.

The animal grabbed her with ease from behind and dragged her off into the forest. Other passengers in the car ran after the woman. A jeep seemed to follow them, as well.

It seems unlikely that she could have survived.