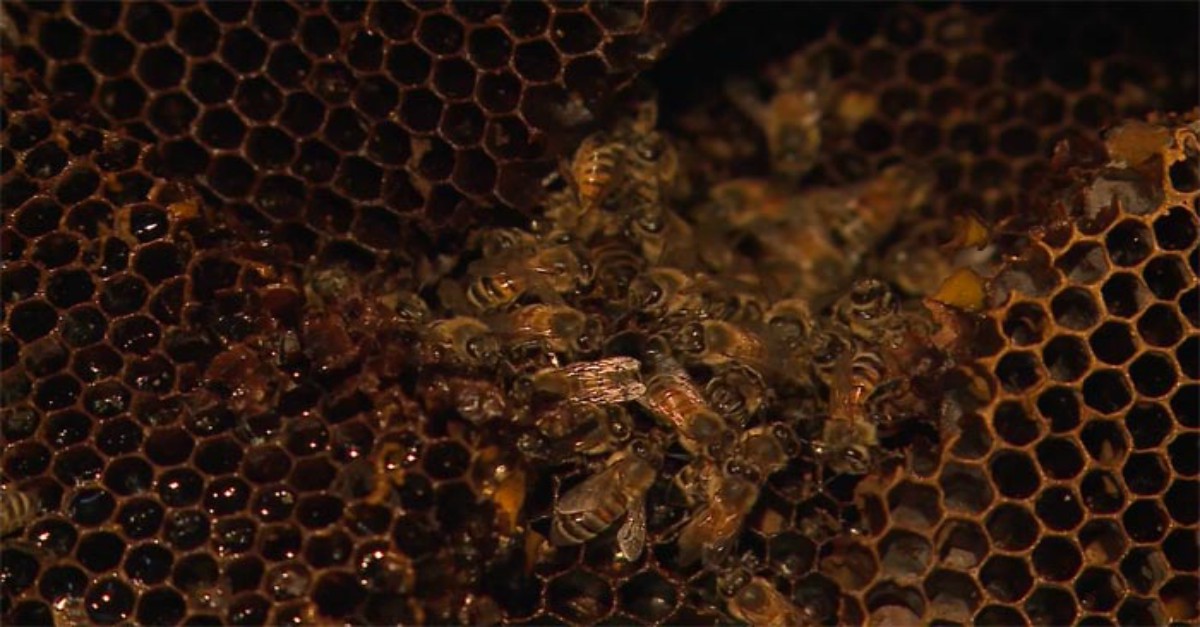 Honey was oozing down the eaves of Becky Reilly’s house but she only had one concern — and it was a sweet one.

RELATED: Hundreds of stings from Africanized bees took the lives of two Texans mowing their laws

The Nebraska homeowner wanted beekeepers to remove the thousands of pests without killing them.

“Yeah, if you keep bees, I’ll guarantee you you’ll get two things — stung and sticky,” said a beekeeper of 40 years, John Gebuhr.

Instead, workers tried to get the situation under control. Gebuhr told KETV in Omaha he hadn’t seen a honey bee colony quite like the one that took up residence in Reilly’s home.

“You could see the honeycomb down right next to the eaves,” said Gebuhr.

A contractor on the site agreed.

“The damage was terrible, the honey coming through…and it was just leaking down the side of the house,” said Jason Starkey, who repaired the damage.

After removing the bees–and 40 pounds of honey!–the beekeeper took a few home as trophies.

They’ll hibernate until the spring in his garage. Then, Gebuhr will set up a hive in Reilly’s backyard — really.