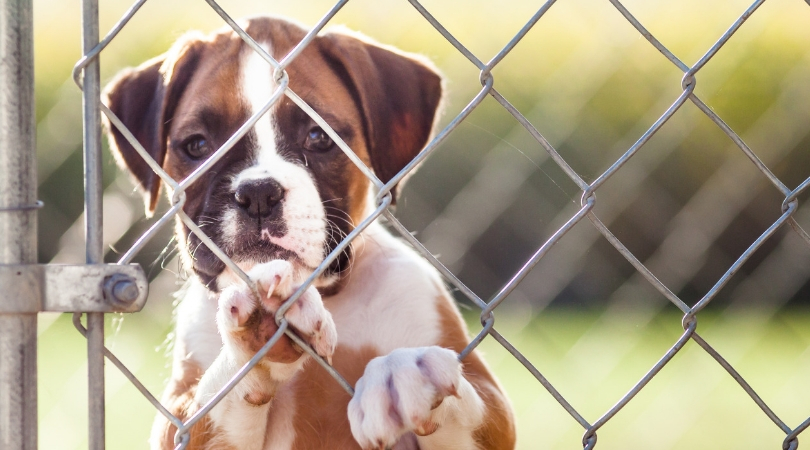 Editors Note: This post was originally published on January 28, 2019, but was updated on November 26, 2019, after President Donald Trump officially signed the Preventing Animal Cruelty and Torture Act into law.

Pet lovers, we’ve got some more good news for you. President Donald Trump has officially signed the bill, Preventing Animal Cruelty and Torture Act, into law on November 25th, 2019. Trump called the bill a “very important piece of legislation.”

The PACT act criminalizes specific acts of animal cruelty such as purposely crushing, drowning, burning, suffocating, impaling living nonhuman mammals, reptiles, birds, or amphibians. The new law also makes marketing, selling, advertising, distributing “animal crush videos”, or exchanging animals illegal. The legislation expands on a 2010 law that specifically targeted videos depicting the crushing or torturing of any animal, but that did not prohibit the undermining conduct.

A great day for animals!

Those convicted under the PACT act could spend up to seven years in prison. The bill was approved unanimously in Senate Monday afternoon, which followed the House’s lead and was passed to President Donald Trump’s desk.

Before signing the bill, President Trump noted the significance of the Pact Act, saying the timing was perfect as he welcomed K-9 Conan, a Delta Force dog injured in a raid that killed Isis leader Abu Bakr al-Baghdadi, into the White House earlier this week.

During the signing, several animal rights groups attended the ceremony in the Oval Office. The Humane Society of the United States said this is a historic day for animals after there is now a federal anti-cruelty statute allowing people to “crack down on some of the worst most malicious acts of animal cruelty.”

BREAKING: The president has just signed the PACT Act into law! 🎉

We now have a federal anti-cruelty statute that will allow us to crack down on some of the worst and most malicious acts of animal cruelty.

This is a historic day for animals, thanks to YOU!🐾 pic.twitter.com/S1x7u8AhxW

— The Humane Society of the United States (@HumaneSociety) November 25, 2019

Editors Note: This post was originally published on January 28, 2019, but was updated on October 23, 2019, after the U.S. House of Representatives officially passed the Preventing Animal Cruelty and Torture Act.

Pet lovers, today is your day! The House has unanimously passed the PACT Act, which makes animal cruelty a federal felony! The Preventing Animal Cruelty and Torture Act was introduced by Florida Congressmen Ted Deutch and Vern Buchanan and will revise a previous law passed back in 2010. Through a statement, Buchanan noted, “The torture of innocent animals is abhorrent and should be punished to the fullest extent of the law. Passing the PACT Act sends a strong message that this behavior will not be tolerated.”

Currently, federal law only explicitly prohibits animal fighting and criminalizes only those wrongdoers when they create and sell videos depicting the actual animal cruelty. PACT Act allows authorities to go after the wrongdoers since they will have federal jurisdiction and won’t be bound by state laws. They can also prosecute criminals if the cruelty occurs on federal property.

Under the act, a person can be prosecuted for drawing, burning, suffocating, crashing, and impaling animals and sexually exploiting them. The legislation does contain exceptions for hunting. Those convicted could face federal felony charges and fines, and up to seven years in prison.

It looks like Florida is trying to protect animals at all costs after two congressmen introduced a bill that would make malicious acts of animal cruelty and bestiality a felony under federal law. After multiple horrific reports of animal cruelty these past few months, Preventing Animal Cruelty and Torture (PACT) Act, sponsored by Rep. Ted Deutch, D-West Boca, and Vern Buchanan, R-Sarasota, addresses any physical injury such as burning, crushing, suffocating, unnecessary pain, and impaling animals, as well as sexually exploiting domestic animals.

Those individuals convicted of the crime would face up to seven years in prison. Buchanan expressed his decision on Twitter, saying “the torture of innocent animals is abhorrent”, which is why individuals should be punished to the fullest extent of the law. In 2010, Congress passed the Animal Crush Video Prohibition Act, which made the sale, creation, and distribution of animal cruelty video illegal.

However, these acts of cruelty against animals remain legal. Buchanan was a co-sponsor of the legislation when it passed the House in 2010. The PACT ACT builds on the law, by closing this loophole and prohibit certain cases of animal abuse.

The torture of innocent animals is abhorrent and should be punished to the fullest extent of the law. Protecting animals from cruelty is a top priority for me and I look forward to working with Democratic @RepTedDeutch on this important issue. #Sayfie https://t.co/CLza5Wfu8t

Safe to say the Humane Society of the United States was on board with the new proposed bill and applauded the move. The U.S. Senate had passed the PACT Act twice, but the measure was blocked in the House from coming on the floor by former Judiciary Chairman Bob Goodlatte, who is no longer in Congress.

Humane Society Legislative Fund President, Sara Amundson, said the bill would not only reduce the act of cruelty towards any domestic or wild animal but massively reduce other types of crimes. This after the FBI recognized the seriousness of animal cruelty and the escalation of violence towards humans. The bill does contain exceptions for veterinary care, hunting, and conduct necessary to protect life property from a serious threat caused by an animal.