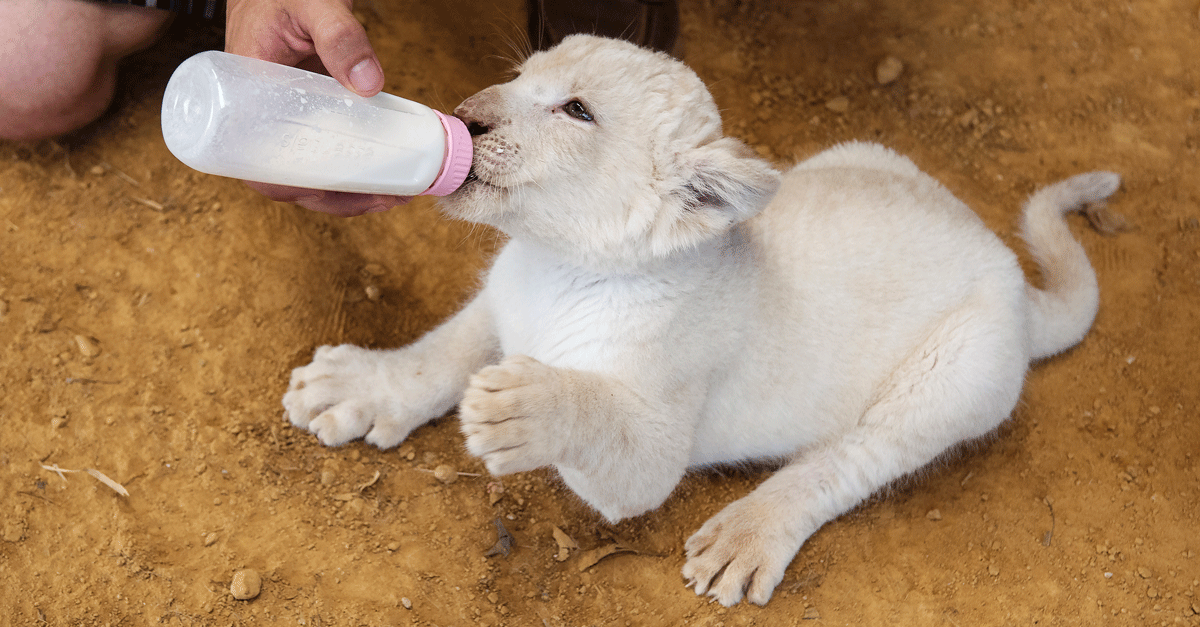 TYLER, Texas (AP) — A rare 7-week-old white lion cub is on public display at an animal sanctuary in northeastern Texas.

The Tyler Morning Telegraph reports that Luna, a white African lioness, made her debut last week at the Tiger Creek Animal Sanctuary in Tyler. She is among fewer than 500 white lions left in the world.

Sanctuary director Emily Owen says white lions are endangered due to over hunting. Only about a dozen white lions are left in the wild due to poachers and “canned hunting facilities” where people pay to hunt the lions.

Luna weighs just 12 pounds (5.4 kilograms) and is bottle-fed every two to three hours. She will be moved to her own habitat when she is 6 months old.

WATCH: Can You Have Skunks as Pets?