As wildfires raged, this woman refused to leave her 72 horses behind 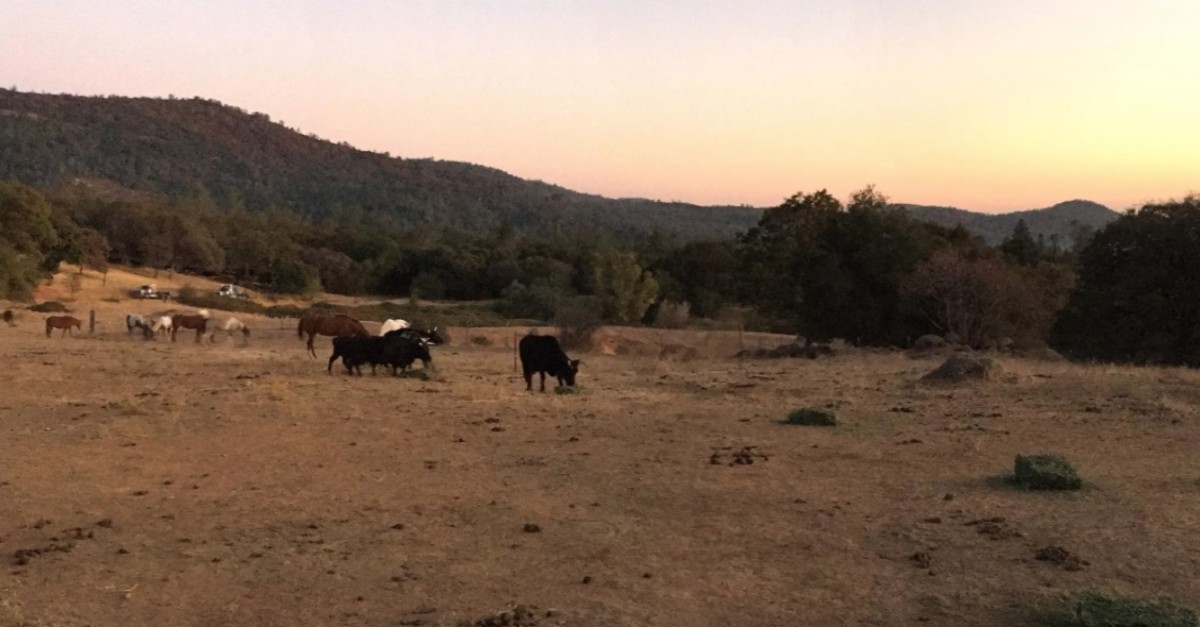 With the situation in California increasingly dire, wildfires rage from north to south.

RELATED: This is what a brave first responder saw while driving through a California wildfire

For one woman in Bangor, just north of Sacramento, evacuating her property was simply not a possibility.

Because Monica Hardeman, with Equine Rescue Center, has some 72 horses, 100 cattle, and numerous goats and dogs she has been unwilling to abandon them.

So far, the animals are safe.

“We’re just kinda trapped at this point,” Hardeman said in a phone interview with SFGate from the center. “If people could get to us, they would, but we’re in a situation where it’s just not possible.”

The remote location is being protected so far by brave first responders, as Hardeman notes in her Facebook post. The woman is “fed up” with the region’s propensity for wildfires, though, and worries as to how it affects her animals, whose stress levels are up.

“I don’t want to leave because I know [officers] won’t let me back, so I’m not leaving,” Hardeman said of the situation. “Unless somebody puts a gun to me or something I might leave, but … right now, I go where they go and nobody could get up here yesterday [to move the horses], they wouldn’t let people in. …I’m not leaving.”

But maybe, someday she will relocate.

“These horses need a place where they can just live their lives with no stress, they’ve gone through enough,” she said.