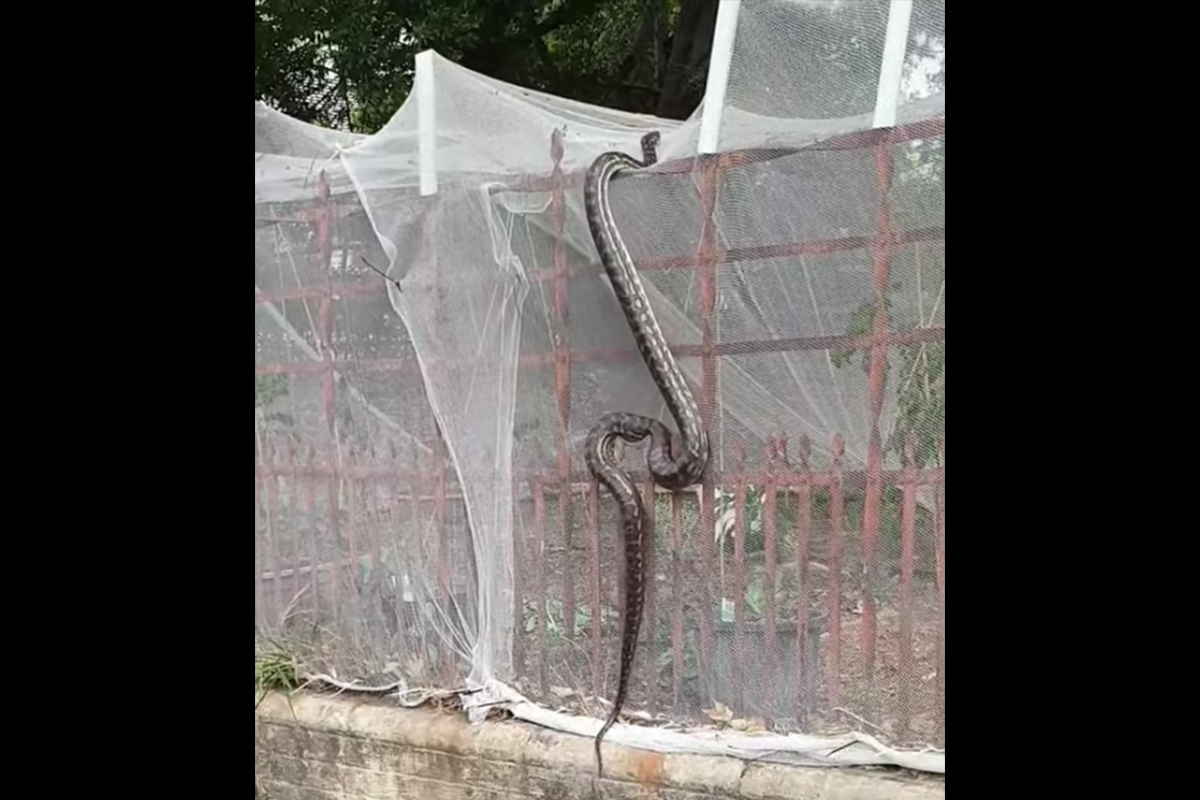 An Australian woman was out on a walk in Brisbane, Queensland when she was reminded that she lives in Australia, the continental equivalent of a “Hell Mouth”, after stumbling upon a massive coastal carpet python scaling a fence.

The terrifyingly big snake could be seen fully extended upward as it scaled the net-covered fence, apparently climbing it with relative ease, because pythons are made entirely of muscle and evil. Undoubtedly this massive snake reached its size by feeding on all manner of small mammals like possums, new puppies, and toddlers.

Juliana Lima da Silva, who spotted what has to be easily both the longest snake and largest snake she’s ever seen, posted the video online and it soon went viral. Despite the fact that these Australian pythons are common across the continent in south Australia, eastern Australia, and western Australia as well as Papua New Guinea, everyone watching the snake seemed to be in awe of both its size and what it was accomplishing. It doesn’t matter if you’re in Melbourne, Tasmania Sydney, New South Wales, Northern Territory, or even a place that sounds as Gold Coast. These snakes, also known as Morelia spilota or the diamond python, are there.

The only place they aren’t is The Outback but don’t worry there are plenty of other animals out there more than capable of horrifically murdering you. Every part of Australia has that base covered.

It’s always kind of funny to see Australians reminded that they live in Australia, though to da Silva’s credit she wrote, “Another normal day in Australia,” when she posted the video.

No word on if a Brisbane snake catcher was called to throw this thing into an incinerator (don’t worry these pythons are the exact opposite of endangered). But hopefully? Pretty much every spotted python in Australia should be reported and burned but that’s just one writer’s opinion.

Watch: Man Shoots Through His Own Windshield on Highway to Chase Off Angry Driver