Mildly Terrible Pet Owner of the Week: People Who Name Their Dogs After Food 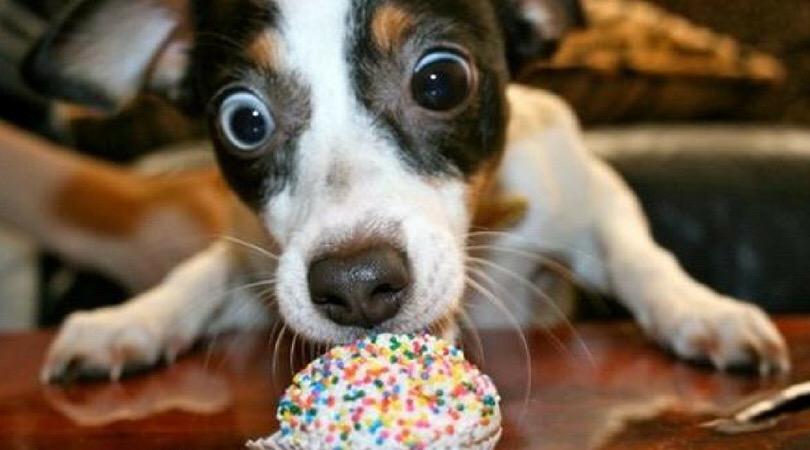 Dogs are, scientifically speaking, perfect beings. Not only are they born without original sin, they are born with what I believe St. Thomas Aquinas dubbed “Original Win.” Spiritually speaking, dogs are born in the bonus. A dog can commit two murders before it’s back down to even. (For reference, even Jesus could only commit one murder and some mild arson.)

Somewhere deep in our vast, boundless universe there is probably a sentient, symmetrically perfect, infinitely wise and kind cube composed of a metal so rare and beautiful that simply looking upon it would cause a mortal to weep — at the cube’s perfection, their newfound understanding of their own irredeemable flaws, and their rightful feeling of worthlessness in the cube’s presence.

As far as universal life form rankings go, that god cube is in second place. To dogs.

The point is, absolutely nothing we humans do can enhance the dog. We can only diminish it. That is especially true when it comes to naming dogs.

No good boy becomes a better boy by having a “cool” or “meaningful” name. No one loves your dog because you named it River, to represent your free spirit. They love it because it’s a dog. You could name it Dr. PeeButt McNazi. Doesn’t matter to them or me. It’s a dog.

So when a dog owner names their dog after a food or drink, because they for some reason feel the need to impose their comparatively mediocre personality (or who they wish they were) onto their glorious dog, which is like slapping an “I Brake for Nips” bumper sticker on a Rolls Royce, all they’re really doing is desperately trying to project what they want people to think of them.

This was at its most apparent (and obnoxious) to me than when I was in college and a fraternity brother of mine named his dog Jaeger. Please take as much time as you need to cringe.

This guy did not drink copious amounts of Jagermeister, which would have at least made the name a little less aggressively stupid. He wasn’t even really all that much of a partier. He was just a nice, sweet, goofy guy who tried a little too hard to seem cool. (I could be describing myself here if you removed the first two adjectives, to be fair.)

But I guess he really, really wanted to convince random strangers who encountered him and his dog that he was quite the rascal and extremely willing to be sexually active. In his defense, calling out his dog’s name at the dog park is much easier than announcing to everyone there, “Excuse me, people of the dog park! I am very cool in case you were wondering!”

Every time he spoke his dog’s name it felt like I was listening to a guy packing an acorn unnecessarily rev his Harley-Davidson. Imagining him tell the name of his dog to girls he was flirting with caused me so much pain that I wished he would have instead just said, “My name’s Kyle and this is my dog. His name is, ‘I Like to Party and Sleep Around.'”

Bad food names aren’t only for attempted douchebaggery, though. Once at a dog park I heard a voice call out, “Pesto! Pessstttooooo!” and when I turned to look for the owner of that voice and the unfortunately named doggo the mental image I already had of her appeared in front of me in real life. A meticulously dressed hipster dripping with whimsy.

We get it, lady. You’re quirky. Adorkable. A modern gal who listens to old records while working as a freelance graphic designer on your MacBook Pro. Thank you, at least, for not naming your dog “Ukulele.”

Just call your dog Steve and let everyone know you’re cool, or whatever, by the fact that you’re a good dog owner. That speaks way more to your personality than naming an innocent animal that’s never done anything but love you “Sushi,” you monster.