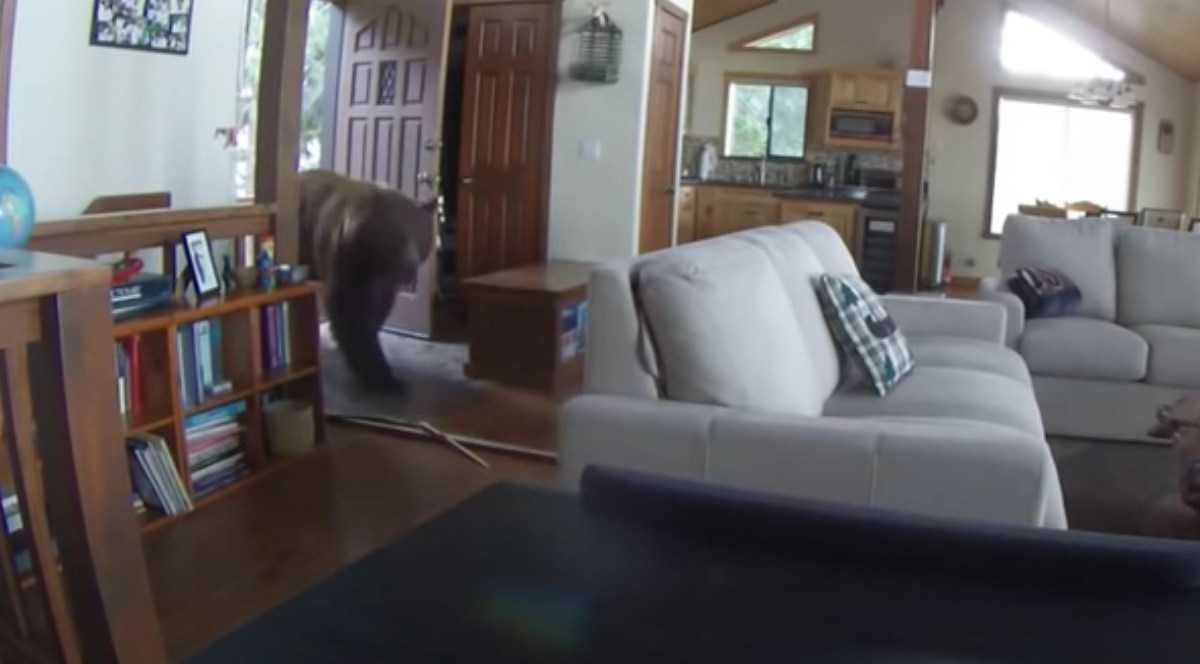 A bear in Lake Tahoe, Nevada was caught on home security camera breaking down a home’s front door and entering the residence with the power and authority of twenty SWAT team members.

This bear doesn’t just break down the door. This front door explodes open. As if it’s made of paper. This is a solid wood front door at a seemingly expensive Lake Tahoe home. We’re talking some sturdy oak, here. And the bear tosses this door aside like it’s the groovy bead door to Greg Brady’s attic bedroom.

Just look at this video.

Just as unnerving as the fact that this bear has Hulk-level strength is the fact that he sticks his paw out to stop the door from closing on him in its backswing.

This bear has broken open so many human doors — and so powerfully — that it knows that sometimes the door swings back closed. (Not sure why a now broken door swinging back closed would matter to a bear that can rip a door off its frame, but alas.) It knows. Do we not all remember how one of the scariest parts of Jurassic Park was a raptor knowing how to work a door? This bear knows how to work a door, more or less. It’s a miracle this thing didn’t find someone’s gun safe, rip it open, and organize some sort of “Planet of the Bears” style uprising in the area.

After the bear is done with the door it walks in and sniffs around for a bit. According to authorities, when they arrived at the house they found the bear still sitting by the door, apparently admiring its work. Authorities removed the bear from the area but aside from that it’s unclear what happened to the world’s most frightening burglar. It may have been relocated or, depending on its history, it euthanized.

Watch: Mom Climbs into Alligator Pit with Her Child to Grab Lost Wallet