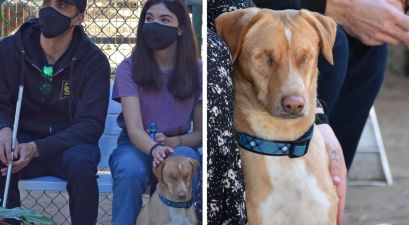 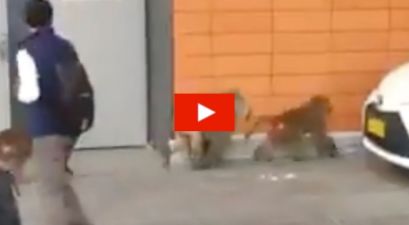 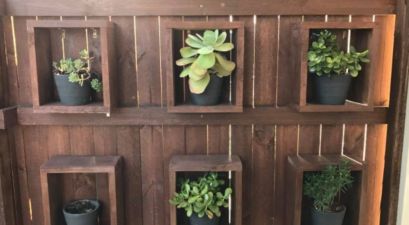 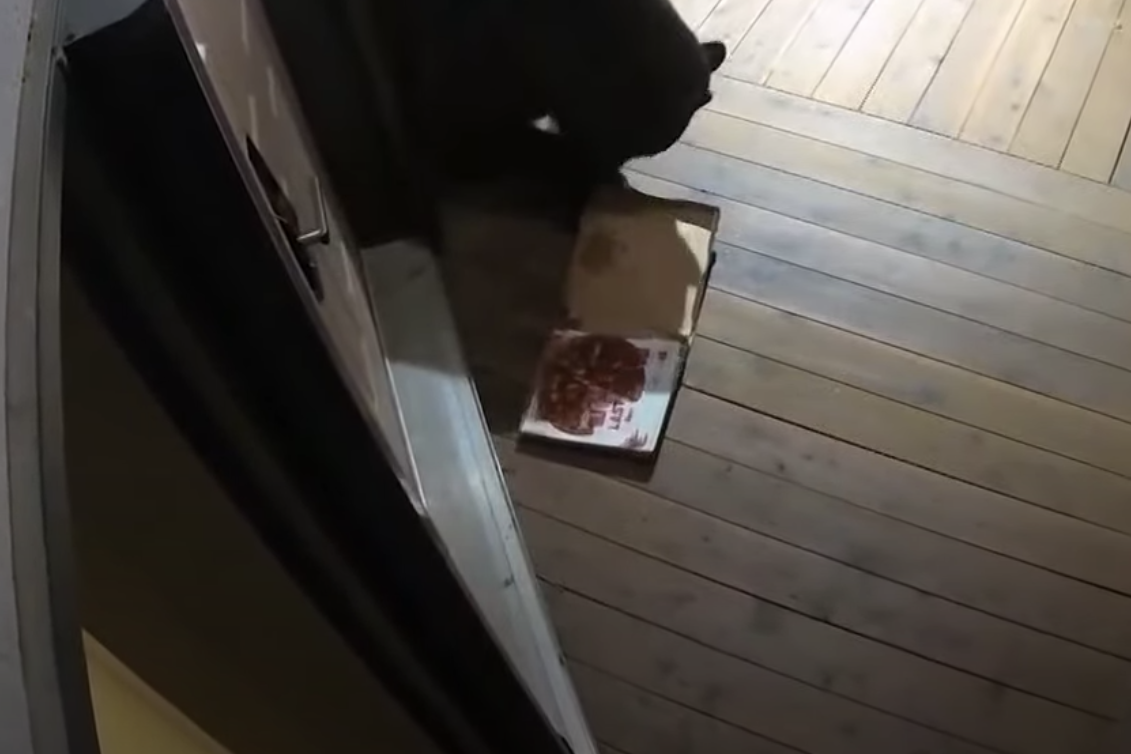 There aren’t a lot of things more annoying than expecting a pizza to be waiting for you> on your doorstep and finding no pizza. It’s probably even worse when you open the door to discover that there was a pizza, clearly, at some point, but all that’s left is an empty pizza box.

That’s exactly what one Colorado Springs woman discovered when she opened her door expecting a piping hot pie and instead got some tattered, greasy cardboard. Naturally, she went to check her doorbell camera to see what sort of monster would do this to her. Turns out it wasn’t a greedy neighbor. As her security camera showed, was a black bear.

Naturally as soon as she saw the footage of the bear eating pizza she sent it to the local news (and probably posted it on Facebook and/or other social media too). The footage is unsurprising considering wild black bears, brown bears, and grizzly bears are currently getting ready to hibernate. The beasts eat up to 20,000 calories a day and though they have some fear of people that tends to go away when they see a free pizza sitting out in the middle of the day.

Considering how many people are still staying inside thanks to Coronavirus these bears have likely been feasting Uber Eats orders, pizza deliveries, and other food deliveries. Is there a single Canadian home that can have poutine left on their doorstep anymore? At this point black bear cubs must be furious when their mom comes home with something gross and lame like a squirrel or some berries.

These bears would stroll into a Howard’s Steakhouse and demand a table if they were hungry enough. They will absolutely crash your tailgate BBQ. So here’s some breaking news for everyone who lives where bears have accessibility to their front porch: as soon as your pizza arrives take it inside.