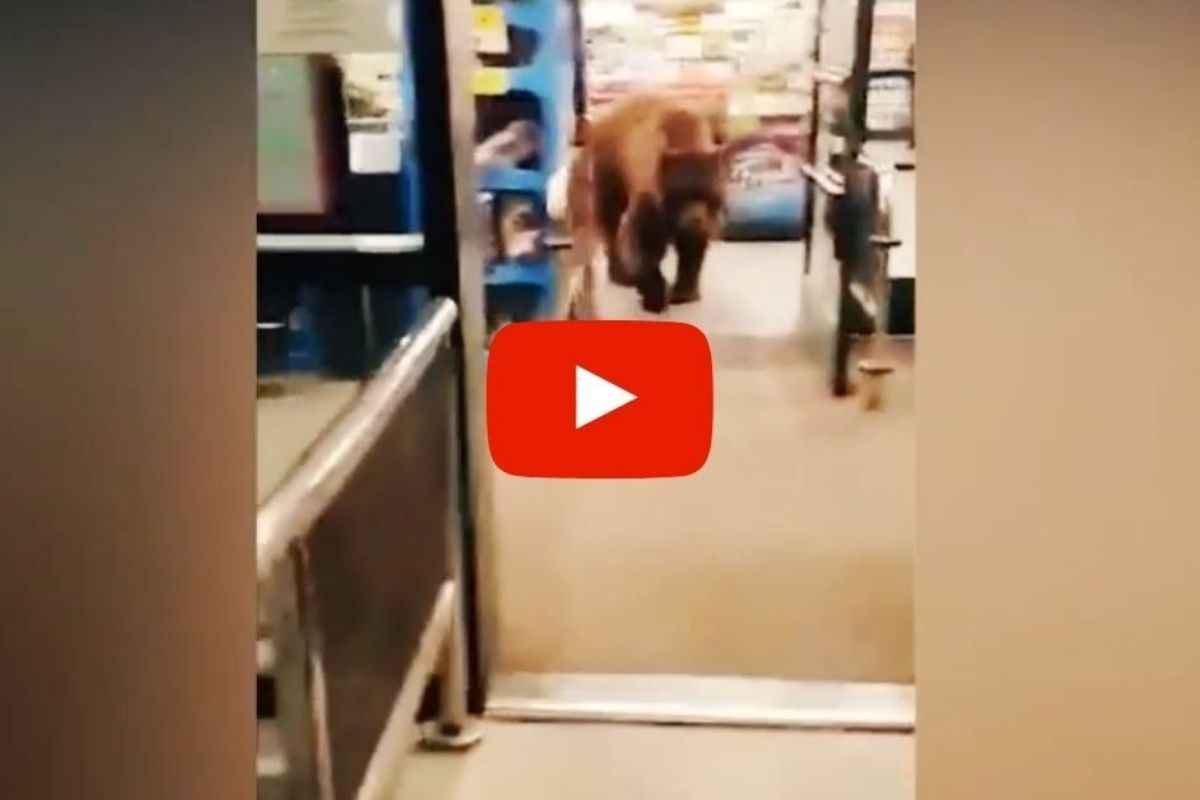 Listen, bears crave chips too. Can you blame them? They are delicious, so there is no harm in eating one or two bags here or there. Which is why this hungry hungry bear was on the hunt for some delicious tortilla chips. Yes, a black bear was seen craving junk food, wandering into a California grocery store… and leaving with a bag of Tostitos chips in its mouth.

Luckily for us, it was all caught on camera, and it is so cute but terrifying at the same time. The video was shot at a Safeway grocery store in Kings Beach on Lake Tahoe by a woman named Adina Baidoo. Baidoo was walking out of the grocery store around 9:30 pm when she witnessed the very odd encounter.

This Bear Had the Munchies

Apparently a shopper had screeched when Baidoo unknowingly walked right into the bear outside by the trash can. She then took a video of him eating garbage at what appeared to be a safe distance. You can then hear her say, “This actual bear, right there, that I almost walking into has gone into Safeway and decided…that he is going to go shopping.” Honestly, this woman deserves all the awards because I would have yelled and sprinted back in my car. Not this woman though, she needed that viral cell phone video!

She eventually decided to go back to her car but captured the bear making his way inside the grocery store. A few seconds later the bear is seen nonchalantly grabbing the bag of chips and crawling back out. Because bears need comfort food too, damn it! Let him eat his chips. Luckily, no one was hurt during the whole robbery, but by gosh. Can you just imagine minding your own business, on your way to get some lucky charms and on your way to the produce section for avocados, and then turning left and seeing a freaking wild BEAR right next to you? Eek. No, thank you.