Bradley Cooper Cast His Own Dog in ‘A Star is Born!’ 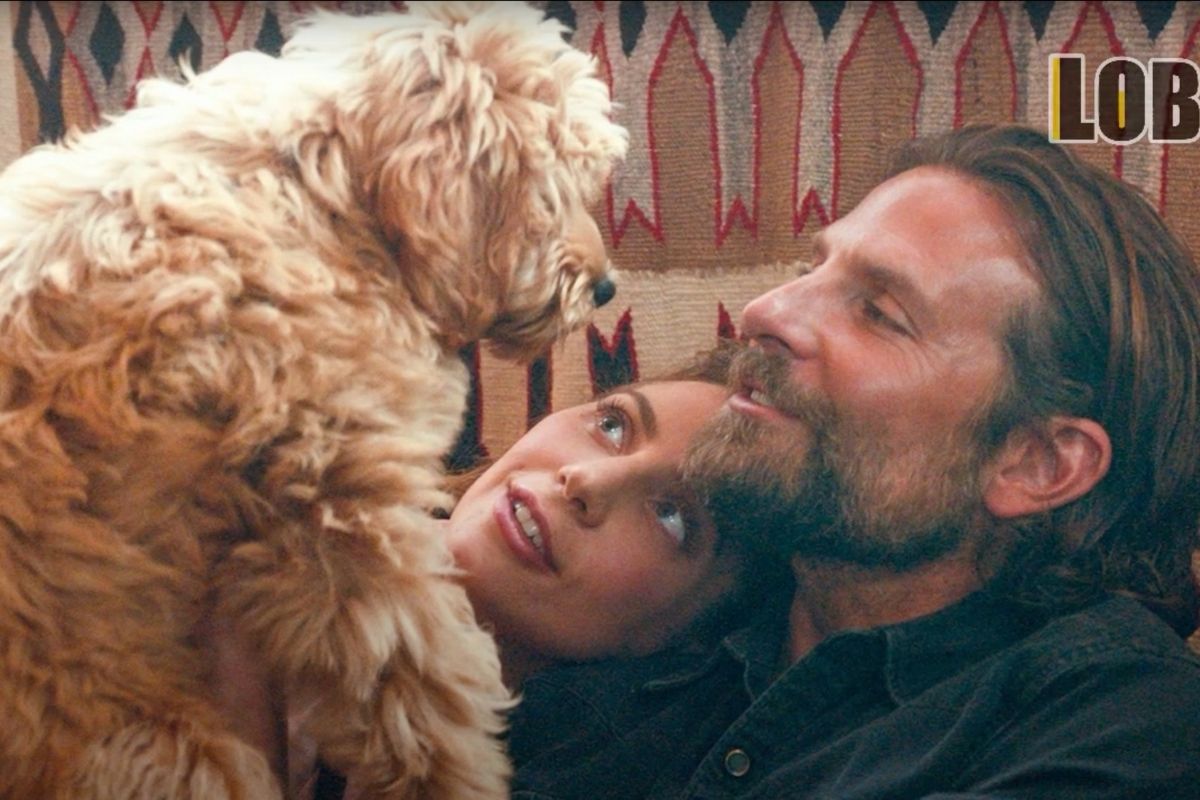 A Star is Born was a career-defining moment for everyone involved. The directorial debut set Bradley Cooper apart as a filmmaker to watch. The serious role of Ally introduced us to a new, strangely conventional side of the enigmatic Lady Gaga. Sam Elliott earned his first Oscar nomination after 50 years in show business for his turn as the older brother of Jackson Maine (Cooper). But perhaps the most memorable breakout from A Star Is Born was Charlie, who played Jackson and Ally’s labradoodle ? and is Cooper’s real-life dog.

Bradley Cooper has one young daughter, Lea de Seine, with ex Irina Shayk. But the successful actor is also a father to his beloved dogs: Charlotte and Charlie. (Cooper’s rescue dog Samson died in 2010). Cooper adores his pooches. Rumors still circulate that Cooper and his former girlfriend Renee Zellweger actually split because the actress fed Charlotte a sandwich that caused her to take an emergency trip to the vet. Whether this relationship faux paw really led to their split is not unknown, but it’s certainly a believable story.

But as Charlotte’s grew old, the energetic Charlie entered Bradley Cooper’s life. And stole his heart. The apricot-colored labradoodle looks like a shaggy bundle of joy, and naturally, there was no other puppy Cooper would cast as his co-star. As. the real-life companion to Cooper, Charlie’s presence on-screen lent an innate warmth to Cooper’s character, the troubled singer Jackson Maine.

Charlie in ‘A Star Is Born’

Watching Charlie bound about in A Star Is Born, from puppyhood to full-on fluffy adult size, warmed viewers’ hearts. So much more than just “the dog in A Star Is Born,” the story of Charlie’s place in his doggy dad’s life is also quite the tearjerker. Charlie is named for Cooper’s late father who passed away in 2011 after painfully battling lung cancer. After spending months caring for his sick father, Charlie Cooper died in Bradley Cooper’s arms.

Although naming his dog Charlie was just a small tribute, but Bradley Cooper told People Magazine that “[It] meant a lot for him to be in the film.” Cooper went on about the artistic process of including his own dog. ?There was no nepotism ? I wanted this relationship with the dog,? Cooper told PEOPLE last week at the film?s Los Angeles premiere. ?[Jackson and Ally] don?t have a child together but they have a dog together, and I wanted it to be part of their story. I love dogs.?

It didn’t take long for the furry scene-stealer to gain a following. After online lobbying for Charlie to earn an Academy Award nomination (which, hypothetically, would have pitted him against Sam Elliott for Best Supporting Actor…) People for the Ethical Treatment of Animals (PETA) invented a new honor: the Compassion in Film Award. This was meant to recognize the sincere respect and understanding between Cooper and his dog, which radiated through the screen.

PETA Senior Vice President Lisa Lange said: ?Bradley Cooper?s happy, adorable, and much-loved dog steals the spotlight?and viewers? hearts?in this film because it?s clear that he loved being with his real-life dad. PETA has witnessed so much abuse and neglect of dogs, both on and off set, that we?re hoping Cooper?s kind decision sets a precedent for all of Hollywood to follow.?

WATCH: Remember When Sam Elliott and Cher Starred in ?Mask??