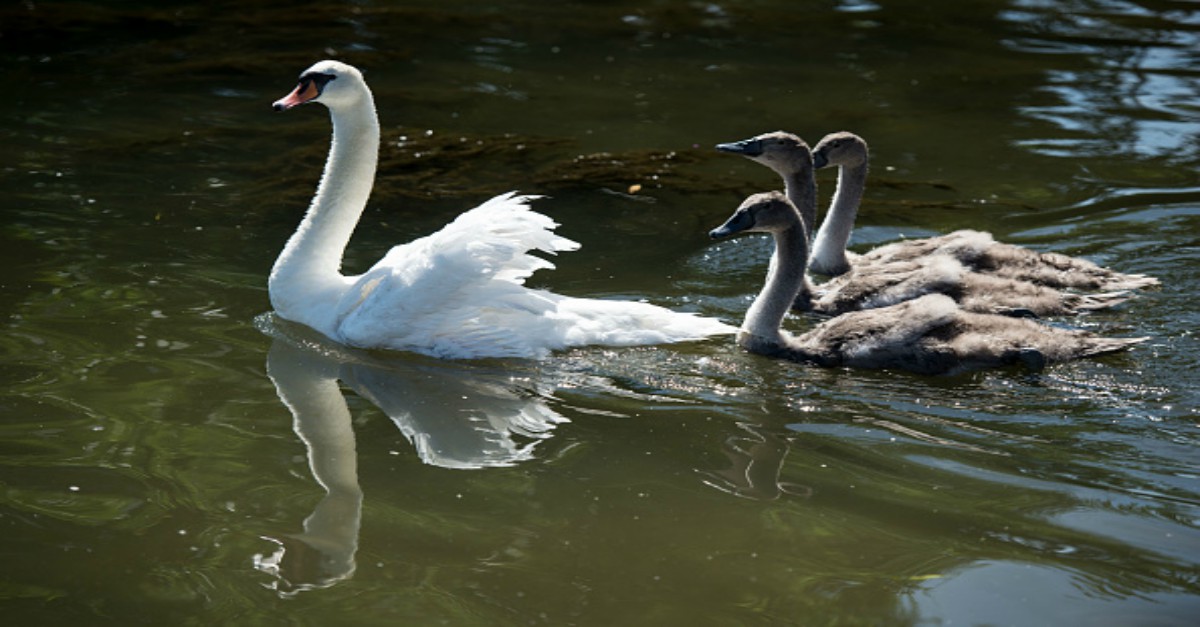 Getty Images/Chris J. Ratcliffe
Swans and cygnets are released after being weighed, documented and measured during the annual Swan Upping Census on the River Thames at Staines, Middlesex on July 17, 2017.

In England, the Queen reigns not only over her human royal subjects, but also swans.

RELATED: Watch what happens when a swan lords its power over a terrified dog

Yes, the elegant birds are considered property of the British matriarch — so it’s becoming quite a problem that someone is killing the birds at an alarming rate.

So far, six swans have been found decapitated in southeast London in the last month, including one that was mutilated, according to the BBC.

?It?s really concerning because the birds seem to have been stabbed and then beheaded, with their bodies left beside the water,? said Nick Wheelhouse, an inspector for the Royal Society for the Prevention of Cruelty to Animals.

While a spokesman for the royal family declined to comment, it is a crime to kill the birds, with punishment of up to six months in prison and a $6,700 fine.

?This is an act of wanton cruelty and evil it is beyond belief,? said Paul West, a member of the swan protection patrol.

RELATED: A lonely swan in Germany found a new companion thanks to a well-placed singles ad

Authorities are now patrolling the area 24 hours a day to ensure no more swans are needlessly murdered.