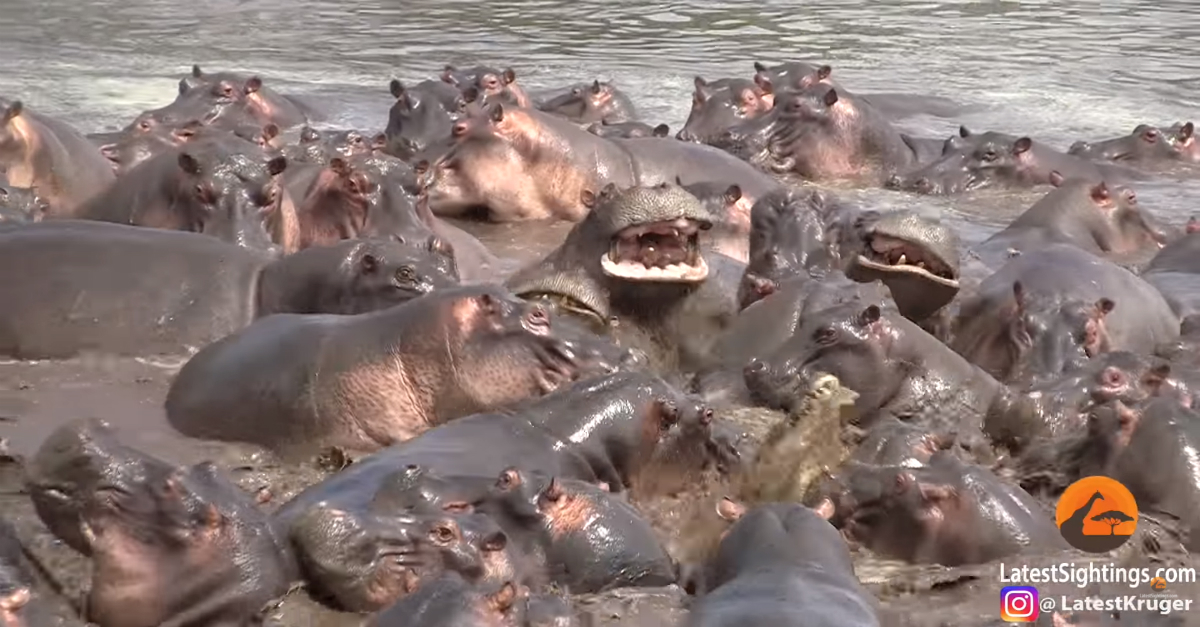 This captivating Kruger Sightings video — which was captured in South Africa’s vast Kruger National Park — shows us an epic battle between titans — one of whom is vastly outnumbered.

The footage was captured by 71-year-old Harish Kumar, who was in a tour group that was taken on a trip to a hippo pool by their guide. “We were all just strolling around everywhere when suddenly my wife called me to tell me that something was going on there in the pool,” Kumar told LatestSightings.com, a website that compiles similar videos recorded at the Kruger National Park.

“I ran to get there and immediately started filming immediately – there wasn’t even time to get the tripod set up. Luck was absolutely on my side as I was able to stand with my camera in the right place to film,” he continued. As you can see from the video, the event that the Kumars were witnessing was completely bonkers.

“The crocodile has somehow managed to maneuver himself into the middle of a pod of angry hippos,” Kumar explained. “These guys wanted him out of their territory at once. The croc was completely outnumbered and found himself being thrown around and bitten by the hippos.”

But remarkably, the story ends well for the crafty croc, and it manages to escape the tussle.