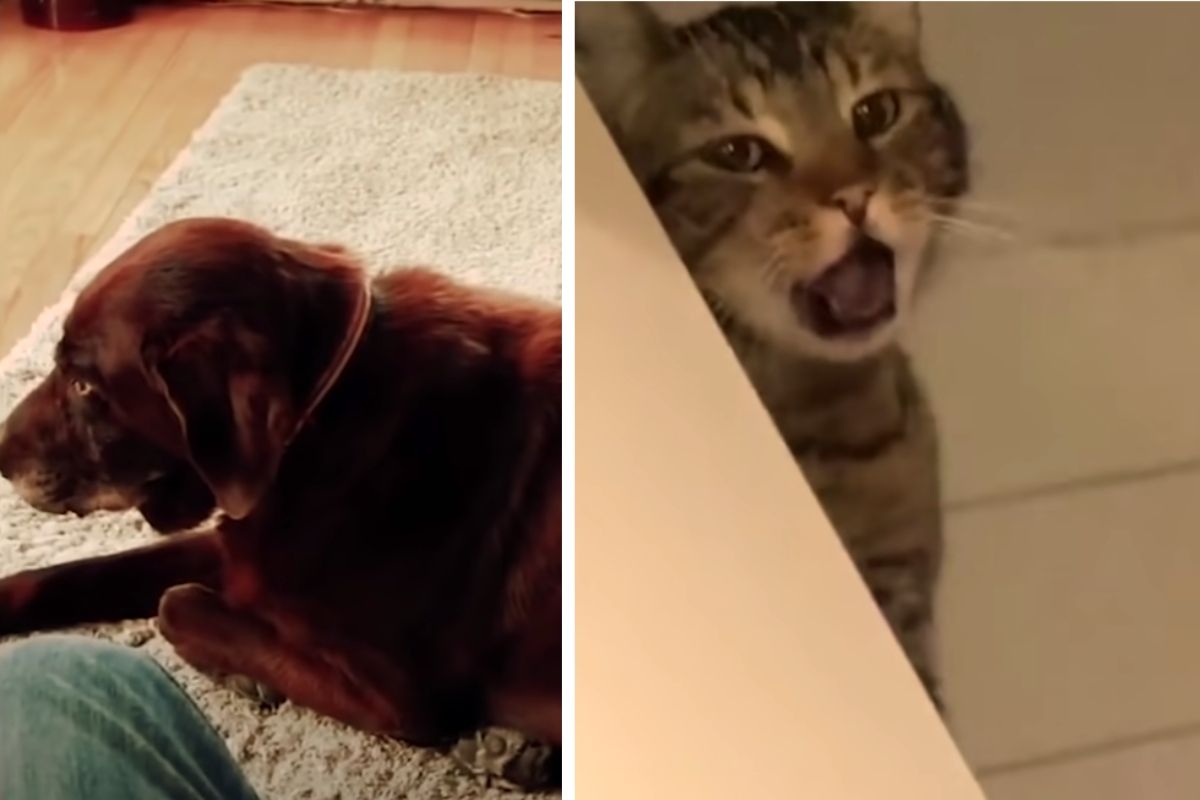 Oh my gosh, I don’t remember the last time I laughed this hard. This is one of the funniest videos I have ever seen. Safe to say that dogs can be quite smelly whenever they get into certain places. For example, if a dog is outside too much, they end up smelling like wet crusty dogs. It’s the complete opposite for cats, who are used to bathing themselves whenever they feel like they need it, so they’re pretty much clean all the time. If they are indoor of course. But I will say that one of the worst smells that I’ve smelled in my life are dog farts. Dogs fart all the time, they probably don’t know what they’re doing or what’s happening, but they do.

If you’ve never smelled the dog fart, consider yourself very lucky. To those who have, you understand this video. Surprisingly enough, I’m not the only one obsessed with this video because ever since user Rex Cymru uploaded the video to Youtube, titled “dog fart cat puke,” it has gained over 4.8 million views.

Let me tell you, this is a comedic art, it should really receive an award for making me laugh like it did. Especially for this brilliant camera work and editing, a compilation from heaven. Basically, the video shows the dog laying on the floor just minding his own business when out of nowhere he decides to fart. But it just isn’t any kind of fart. It’s one of those wet farts that you know are going to last for a long time and are going to smell out the whole house. It’s terrifying because you know exactly what’s going to happen.

But, that isn’t the best part, the best part is the cat looking in the corner of the stairs, just watching in awe. That?s when you hear a gag and realize that the cat is about to start puking. To which the human says, ?Monty, no,? but it is unfortunately too late. Monty had let that throw up go and projectile vomited all over the floor. I get it, cats throw up sometimes, it’s normal, but for a cat to throw up from the second floor is just insane. Rancid, even. This poor cat probably didn’t even know it was happening which is the funniest part.

I hope Monty got some good scratches because it probably wasn’t his fault. Also, that poor rug is gonna need a good cleaning. As a cat owner, I can tell you that when a cat throws up on a rug it takes life to get out. So, there you have it folks, your daily humor content that will make you feel good about yourself. I love these types of funny animals video, even if they are edited and out of context. Someone make this a trending meme.