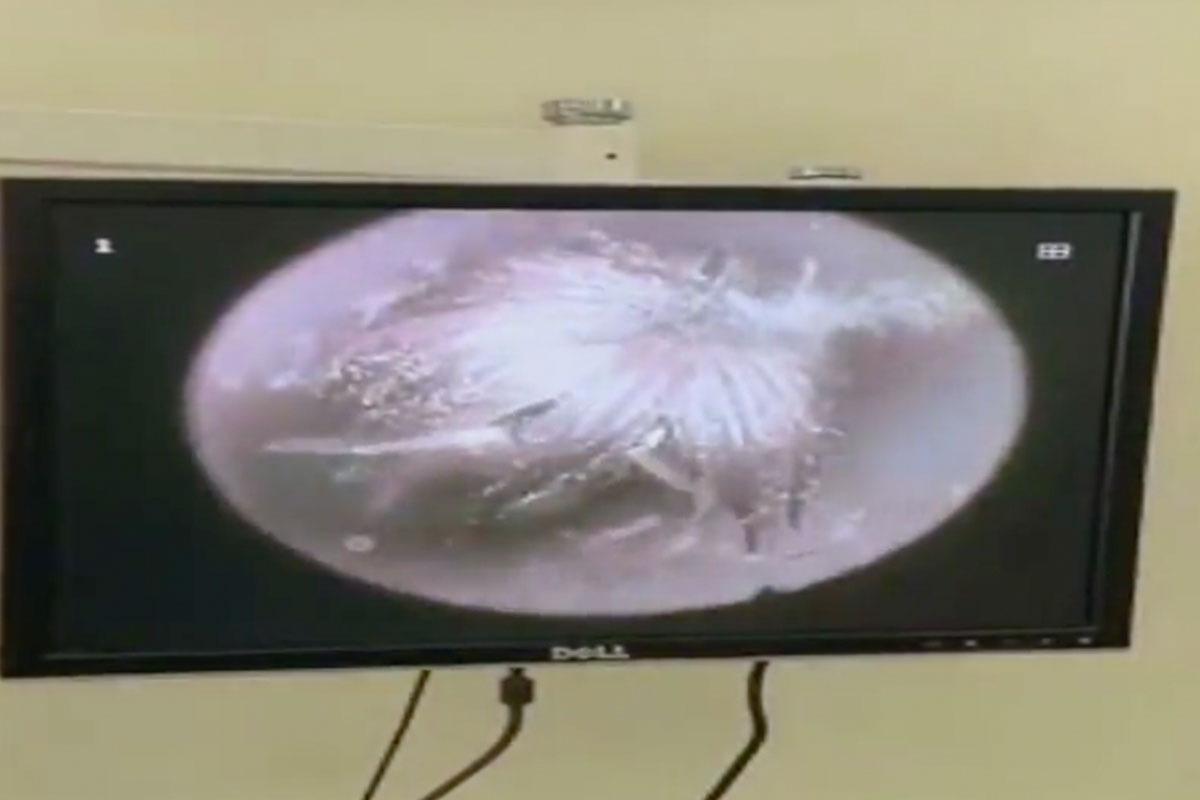 A doctor in Vietnam found something pretty weird in a guy’s ear canal — a caterpillar cocoon.

Man’s Ear Has Some Explaining to Do

According to the Vietnamese doctor who extracted the caterpillar cocoon form the man’s ear, Dr. Dong, the man with a bug in his ear walked into Dr. Dong’s clinic in Bac Kan Province, Vietnam complaining that his ear was itchy and sore.

Turns out a caterpillar had crawled into his head like it was an old apple and set up shop. So now, along with a facemask, this guy is going to have to wear earplugs everywhere.

Thankfully not much! There weren’t bug larvae crawling around trying to eat his brain. They didn’t have to rush him to the hospital for surgery. There weren’t even any lingering effects from the bug hanging out in the man’s ear. The doctor just removed the bug and everything was fine. Not exactly a horrifying Halloween ending.

It’s still really gross though. But all things considered, a caterpillar seems like a pretty chill bug to have burrowed into your ear. It wasn’t a spider or a scorpion. It wasn’t a praying mantis. It was some cockroach or moth laying eggs. It wasn’t even some weird worm you get from eating terrible sushi or whatever. Just a cute little fuzzy caterpillar confused about where he’s supposed to go. Aren’t they the darndest? At least, they’re the darndest if they don’t fully cocoon, turn into a butterfly, and then explode out of your eyeball one day as you scream and your terrified family watches in horror.

As far as bugs I wouldn’t want hanging out in my ear goes, this is my list of least desirable: