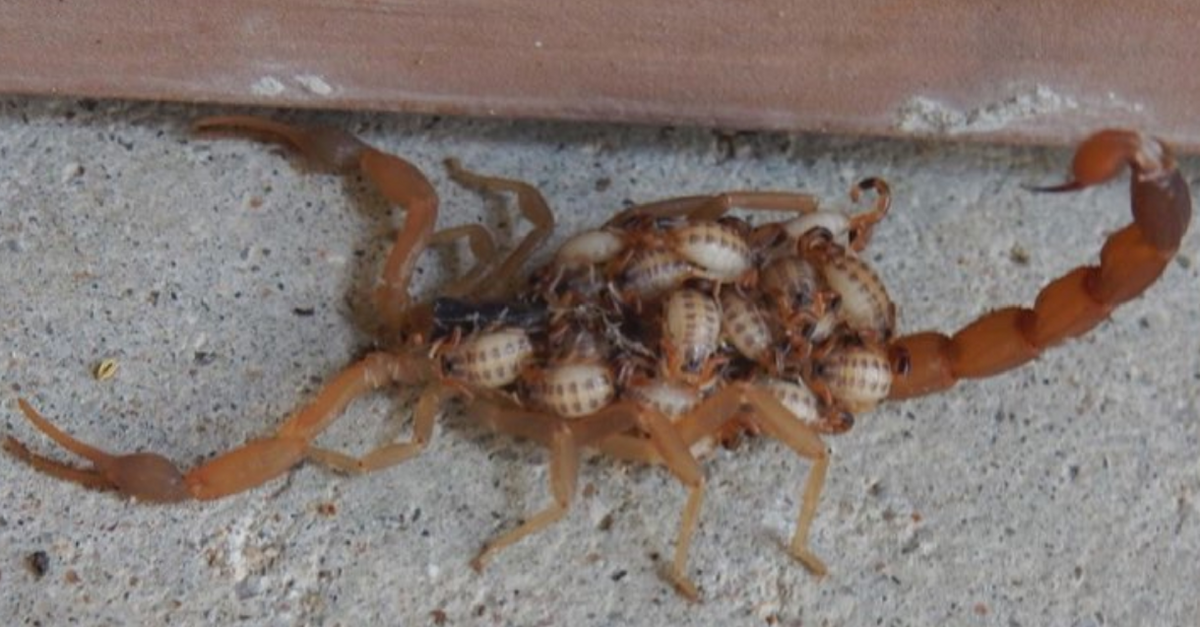 According to Texas A&M AgriLife Extension Service entomologist Molly Keck, who spoke with The Austin American-Statesman, when the weather becomes too hot or too dry the surprisingly weather-sensitive scorpions (specifically striped bark scorpions) look for places to cool off. As it would happen, a nice dark corner of a Texas home that’s tricked out with enough central A/C to withstand the heat of an active volcano is a perfect spot for the arachnids to avoid the heat. That’s currently what’s happening in the Austin area and central Texas in general.

(Scorpions are also sensitive to the cold and might pop into your home to warm up/ruin Christmas as well.)

The weather is not the only factor bringing scorpions around people’s homes though. Aside from beating the heat, scorpions are often drawn to the homes of people who leave their lights on. This isn’t because the scorpions themselves are drawn to the light, but rather because their food happens to be. That food specifically is crickets, which are basically a scorpion delicacy (seriously).

Then, presumably, because they’re feeling fat and sluggish from all their murderous gluttony, the scorpions will just crawl into a crack in your house instead of going back to whatever demon hole they crawled out of. The same way you or I would fall asleep on the sofa, in front of the TV, after eating three-fourths of a Domino’s pizza.

Though it is rare for scorpion stings to be fatal, allergic reactions are still possible. (The striped bark scorpion species is not poisonous.)

If you are stung by one it is probably best to seek some sort of medical attention, though it is likely not an emergency. In the meantime, wash the area of the sting with soap and water, apply a cold compress to it, and if you are stung on a limb or extremity keep that part of the body situated in a comfortable position.

Then when you get home call pest control and tell them to bring everybody they got.

This story was originally published July 18, 2018.