Chickens in Tutus is the Entertainment Every Farm Needs 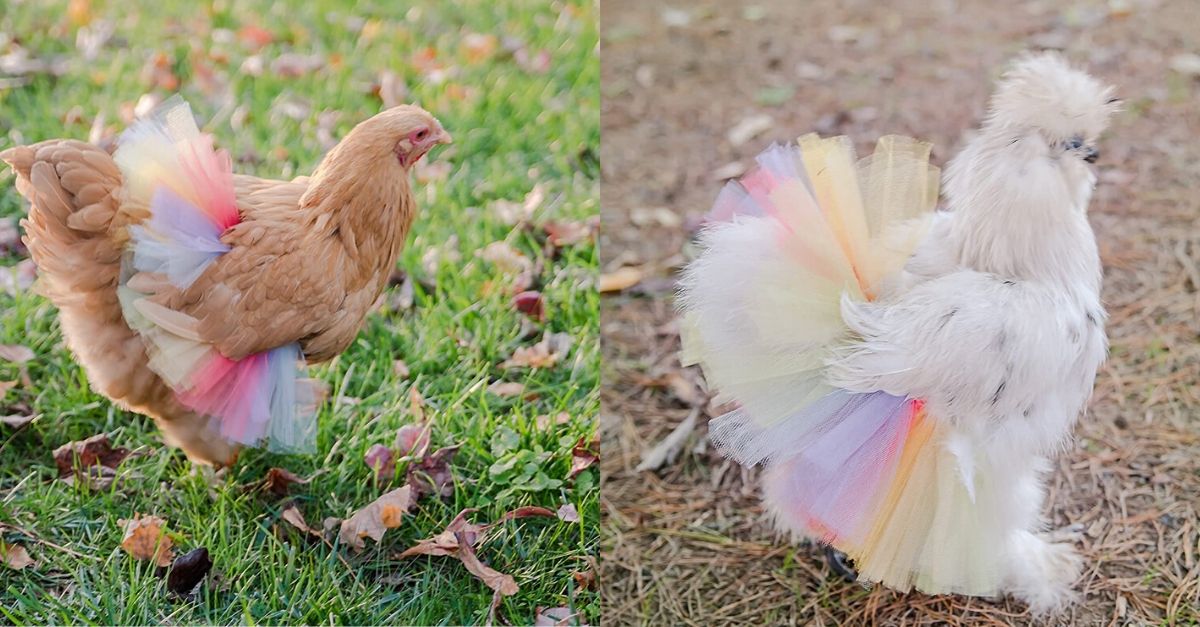 The Internet is a wonderful place, and sometimes, when you get lost in it until the wee hours of the morning, you find things that make it worth getting two hours of sleep the night before work. Nowadays, with endless amounts of crazy challenges, fads, and trends going around, pure and random entertainment is so easily accessible. For instance, take in this fad and trend: chickens in tutus.

What?! Yes, chickens and roosters in tutus were circulating the Internet at one point, but who’s complaining? For some reason, poultry garnished with tulle is actually hilariously cute, and in my opinion, there’s not another garment that would suit chickens more. This may be funny, but really, here’s why.

Chickens are smarter than we realize. With a population bigger than any other bird species, they’ve been around for longer than we can even imagine, their closest living relative being the T-Rex. Their population also exceeds the human population, and their memory capacity can store over 100 different faces of people or animals. But what’s the association of putting poultry in dance attire?

At the University of Georgia, poultry scientists explained how chickens mate, saying, “dropping one wing and dancing in a circle (the lowered wing will be on the inside of the circle dance). The hen will crouch (dip her head and body) to indicate receptiveness to the male. The rooster will then mount the hen and grab her comb, neck feathers, or the skin on the back of her head or neck to help hold onto the hen?s back.? So yeah, chicken tutus are totally appropriate.

With that being said, these photos of chickens in tutus just might be our new favorite thing. Chicken owners scoured their coops to follow the fashion trend, making chicken fashion a trending topic. And some of them got creative aside from homemade ballerina tutus from tulle. The cuteness overload extended into seeing baby chicks wearing cupcake liners, and honestly, I can’t stop squealing with how many photos of this fashion trend are actually out there. Here are a few below:

I love chickens. I love chickens in tutus even more. 😍😂 Meet 3 of my favs – Speck, Goldie Hen and Retro ❤️ People have chickens for many different reasons including eggs, meat, bug control or in my case as spoiled pets as evidenced by custom made tutus and our photographer including them in our family pictures. I get all kinds of looks and statements made when I talk about my “feathered babies” but truly they make me happy. Find what makes you happy and embrace it fully. 💜 As for me, I’m going to keep loving on my chickens (these are 3 of my 15 and counting total). #farmher #chickensintutus #silkies #homesteadliving #virginialiving #crazychickenlady #featheredbabies #chickenmama #lovelife #embraceyourweirdness

And although we’ve already established how smart chickens actually are, we can actually learn a few more new chicken things from this. According to Washington State University anthropologist Ed Hagen, his research in the origins of dance explained that we can observe animals and how they dance in nature. Their movements are important avenues of communication, and dancing is how they find a mate.

I think he’s implying that maybe I should find my next boyfriend dancing. I might freak the next guy out though if I showed up to our date wearing a full-blown tutu.