Lost Dog Walks Into Police Station To Report Himself Missing 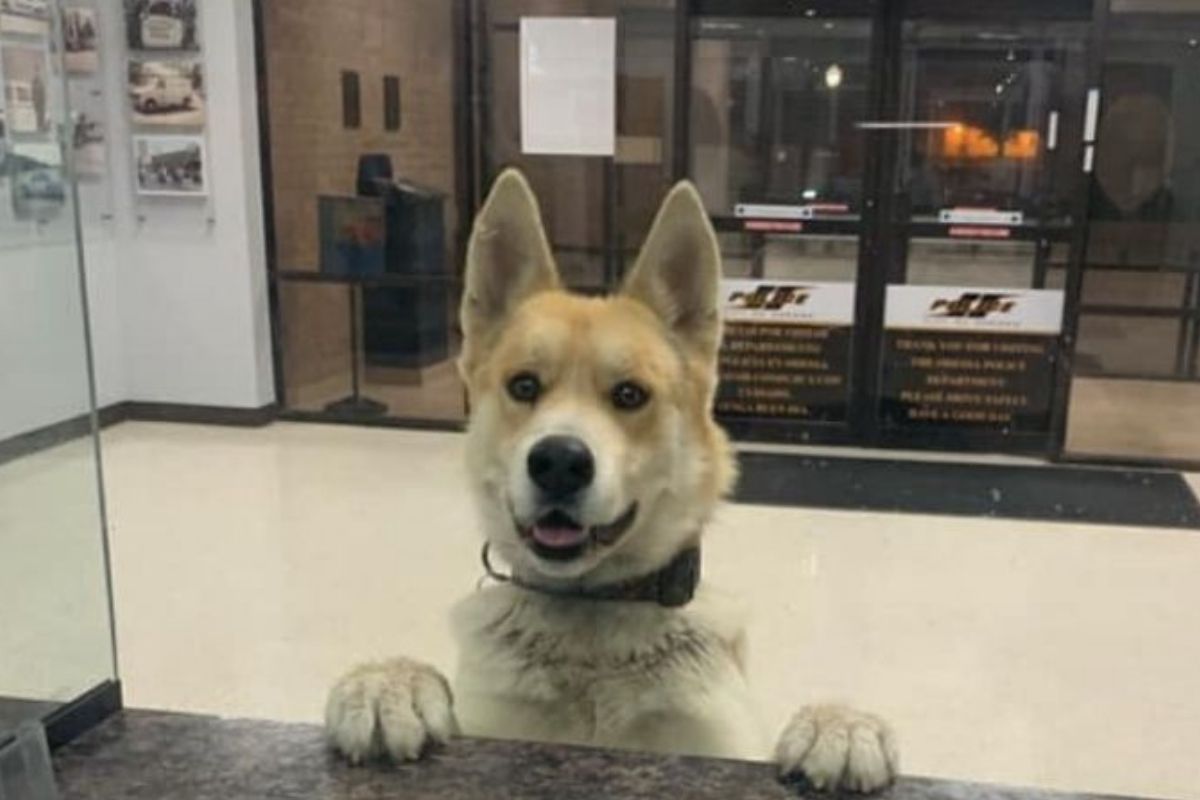 My, oh, my, this is the cutest thing I have seen in a while! Just look at this pupper who is so eager to go back home! The Odessa Police Department in Texas received quite an unexpected visitor one morning, who decided to jump up and hop on top of the front desk to ask for help.

Yes, this friendly dog just wanted to tell them that well, he had lost his owner and couldn’t find his way back. What a good, good boy! According to Sergeant Rusty Martin, who was one of the police officers to receive him, the German Shepherd didn’t look too distressed, rather looked like he was having a good time.

“Help! I Have Lost My Humans!”

Sergeant Martin noted, “We were all excited to have him in the building. We had a tennis ball and threw it in the lobby for a bit. Everyone loved him.” Despite enjoying the puppers unexpected and loving company, they knew his owners were probably going crazy looking for him.

The lost dog was wearing a collar, but the ID had unfortunately fallen off, so animal control was dispatched to check if he had a microchip. They also took several photos of Chico and posted them on Facebook to see if anyone recognized him. The post read, “So…. this happy guy randomly strolled into the front desk of the Police Department last night.” But, before they arrived, things quickly took a turn! The dog decided to simply turn around and just headed back to his family.

Martin stated the owner did respond to the Facebook post the next day, confirming that Chico had indeed returned to his home, which was about a mile from the station. So, safe to say Chico had pretty much cracked his own case. I say Odessa police make Chico an honorary K9 or guard dog because he definitely has what it takes!

What a little rascal!

Editors Note: This article was originally published on March 19, 2020.