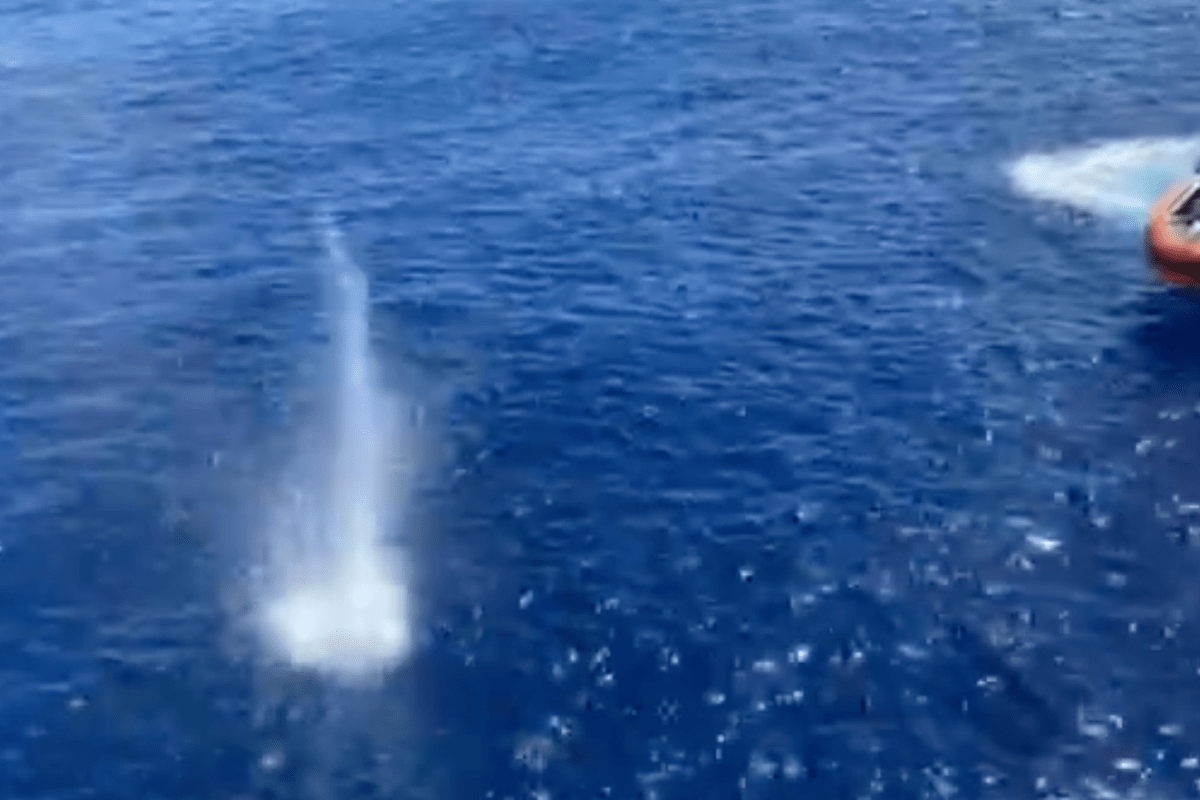 A group of Coast Guard members enjoying a swim while out in the middle of the ocean after “completing operations” had their afternoon go from fun to frightening when an 8-foot shark crashed the party.

Fortunately for the Coast Guard members who were out swimming in the ocean they are, you know, in the Coast Guard, which meant there were people who know a lot about open water safety and were armed to the teeth nearby to handle their hungry party crasher.

And fortunately for us they filmed it and posted it to social media.

The Coast Guard described in the incident in the post.

What happened when a shark crashed our swim call…

You can also catch ME1 Cintron, our shark watch who fired the shots at the shark, explaining what happened tomorrow morning on ?Good Morning America?!

And, everyone is safe, including the shark. The shots turned it away from our shipmates so they had time to get out of the water. A few of its buddies later showed up and they swam off together.

This is certainly a pretty surreal sight for anyone to see, even if you’re used to working out on the open sea, but it seems reasonable to assume that these Coast Guard members weren’t exactly that rankled by all of this. You couldn’t possibly be safer from a shark unless you were literally on land. The nearby boat loaded with big huge guns helps. Plus everyone out there was probably a pretty good swimmer. They aren’t going to give Michael Phelps or Katie Ledecky a run for their money but they can probably swim back to their boat faster than the average American floating around in the ocean, nine White Claws deep and halfway to a sunstroke.

RIP to that unicorn float though.