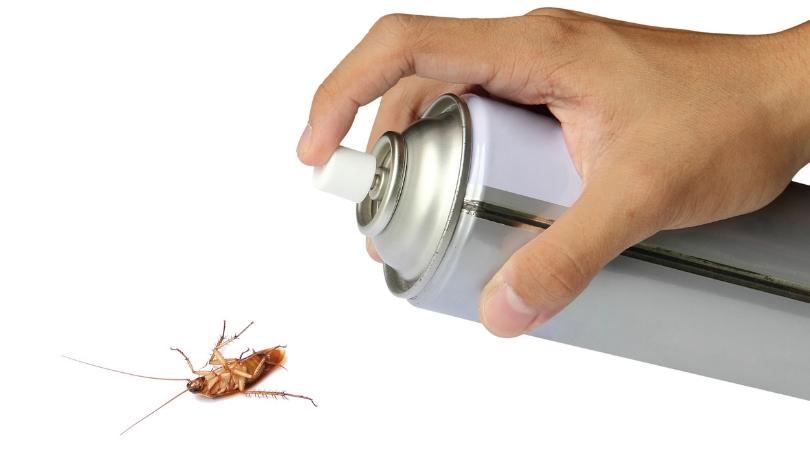 SOMEONE GET ME A FLAME THROWER. Turns out cockroaches are evolving so much, that they will be impossible to kill in a few years! NOPE. BIG NOPE. Is NASA sending people to Mars? Can that be a thing already? I volunteer as tribute.

According to a Purdue University study, the commonly found German species of roaches are being born with an immunity to toxins, which they have not yet been in contact. Meaning, they are basically being born impervious to bug sprays. The study was published on Live Science, concluding that the evolution of the German cockroach, also called Blattella germanica, developed immunity to new poisons, in as quickly as only one generation of offspring.

According to study co-author Michael Scharf, ?Cockroaches developing resistance to multiple classes of insecticides at once will make controlling these pests almost impossible with chemicals alone.? The study was conducted in central Illinois and Indiana, as well as at Purdue’s labs that had cockroach infestations.

#Cockroaches may soon be unstoppable—thanks to fast-evolving insecticide resistance.

Because cockroaches live only for about 100 days, resistance can evolve quickly, with genes from the most resistant cockroaches being passed to the next generation.https://t.co/UX2U9m8HTz pic.twitter.com/sEexXK70H4

Researchers were able to use various combinations of bug sprays, studying several generations of roaches to reach their terrifying conclusion. Researchers tried three different insecticides (abamectin, thiamethoxam, and boric acid) on three different cockroaches colonies over a six months period. All products were store-bought from retail stores and were E.P.A registered.

Scientific reports found that usually, German cockroaches reproduce quickly and scavenge among areas that are occupied by people, described as the “species that gives all other cockroaches a bad name.” The report suggests that stopping the “super scavengers” from spreading the disease and bacteria in the future depends on vacuums and traps more so than chemicals.

Did you know that a female German cockroach can lay nearly 400 eggs in its lifetime!? Yes, 400 eggs! But, the good news here is that despite them having wings, this seemingly evolving breed of roach rarely flies. Which is good, because flying cockroaches are the worst thing that could ever exist.

To those who are as scared as I am of cockroaches, we need to unite and create a plan to stop these insects from ruling over us. Can someone please invent something that kills them instantly? Please. And to those of you who think those of us who are scared of them is an exaggeration, know that these little suckers can carry several pathogens such as Enterococcus, Salmonella, E.coli, and other antibiotic-resistant microbes. Oh, and they can also produce asthma-triggering allergies…so yeah, this is a big problem.