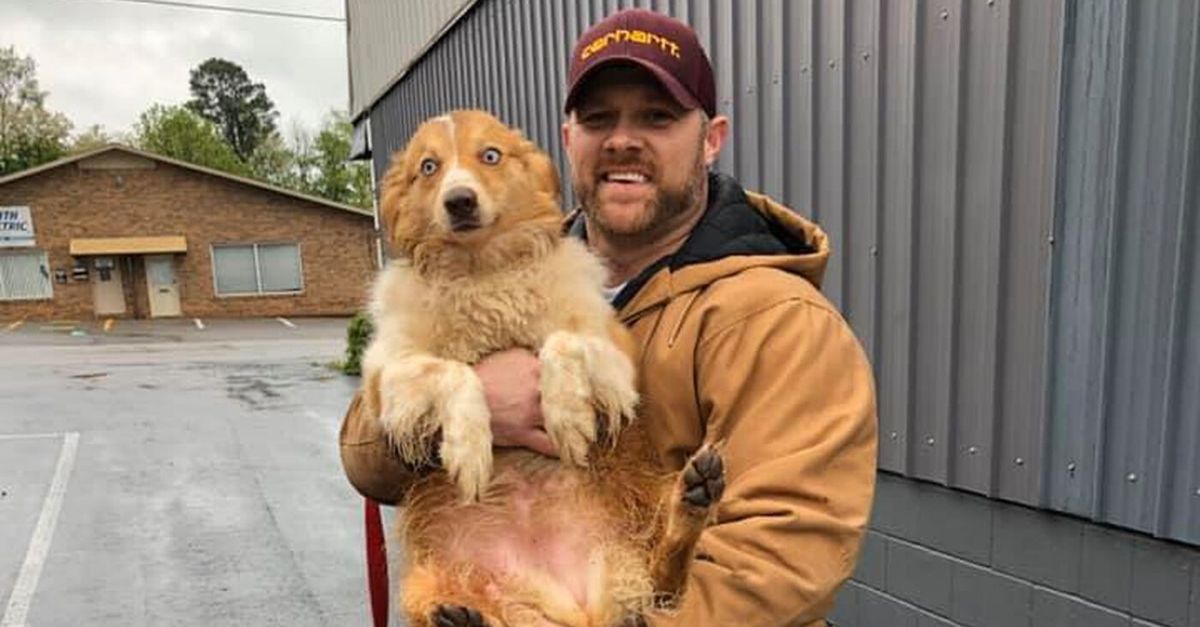 Look at this good good doggo just making our days brighter! After vanishing when an Ef-4 tornado destroyed its Tennessee family’s home, the pupper was found safe and sound after a two-month search! According to the family, the dog was found hiding in an alley 5 miles away.

Owners Eric and Faith Johnson of Cookeville posted the good news of Bella’s rescue on Facebook, noting she was seen on a surveillance camera in a grocery store parking lot. To make the story even better, Eric stated the dog is the reason his family is alive after the pup woke him up as the storm was approaching on March 3.

His Facebook post stated, ?To say that I wasn?t starting to lose hope in ever finding her again would be a lie. Me and my wife I would pray daily that God was keeping her safe out there until he brought her home to us. Well today those prayers came true, at around 6 p.m. this evening we were able to catch Bella… At the moment, our miracle dog has a full belly of food and is currently sleeping in a warm bed where she belongs.?

Cookeville was damaged back in March when a “supercell” thunderstorms spawn several tornados in southern Kentucky, Tennessee, and central Alabama. According to the National Weather Service, the worst of the tornadoes touched down through Middle Tennessee early morning resulting in widespread damage, hundreds of interest, and unfortunately, 25 fatalities.

Eric Johnson stated the storm reached their home around 2 in the morning and realized they were in danger when Bella crawled under their bed and started whining. That’s when their other dog, Scooter, started barking.

The parents quickly grabbed their children and put then in the tub on the other side of the house. As he made it to the tub, the force of the wind leveled their home and threw the tub 50 yards across his backyard breaking it in half. That’s when the family got separated, and he suffered cuts to his head. His wife broke a few ribs as well, and luckily the children only had minor scratches.

Unfortunately, Scooter died when the house was leveled, but Bella, the Australian shepherd, survived since she was hiding under their bed when it threw the family into their backyard. While the family lost their home, they stated they are lucky to survive such a powerful tornado, which unfortunately killed 15 people in Putnam county and 24 people in the state.