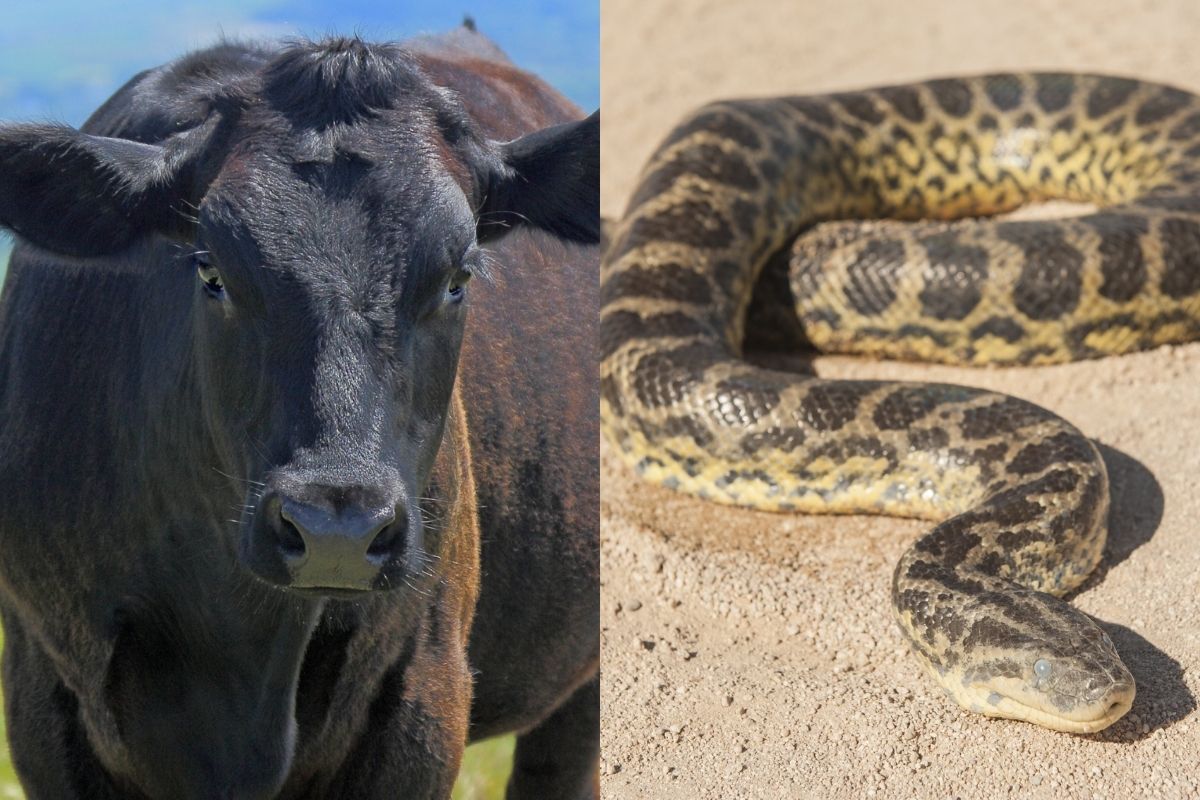 In the most casual manner, a refrigeration mechanic saw the most “bizarre roadside scene” in remote northern Australia. Andrew Gertz, an Australian from Camooweal, northern Queensland, saw a cow chewing on another animal. And it’s not what you could’ve expected.

Gertz was driving on the deserted Sandover Highway, which is just under 200 miles from Lake Nash Station in the Northern Territory, when he came across the bovine. In the cow’s mouth, he saw something dangling — and it wasn’t a bone like Gertz had thought, or the cow’s tongue. It was actually a large sand python, a non-venomous snake, but a snake nonetheless.

Roses are red
Mosses are greenhttps://t.co/vTTAQPqmgr

“Sucked Its Head Off”

Gertz explained that the snake’s head was in the cow’s mouth, saying, “It’s kind of sucked its head off back to the bone. I’ve seen cows with bone and hides… I thought it might have been a bone.”

This “gobsmacked outback worker” as described by ABC Western Queensland, wondered how the large python’s head ended up in the cow’s mouth, thinking that the cow might have maybe disturbed the snake somehow, causing it to latch on to the cow’s tongue. The unusual scene of a cow chewing on a large python isn’t exactly normal animal behaviour, as chewing of bone or hide would be.

The bovine species was identified as the Western Queensland cattle, and according to natural historian Angus Emmott, “cattle were known to scavenge on dead kangaroos and cattle to supplement their diets, especially in the red dust of outback Queensland, but he had no doubt python sucking was unusual,” but Emmott also said, “I have never seen one chew a snake.”

However, cow’s bodies really tell them what they need, and that “the cow might have been ‘chewing it for both protein and trace elements. Their body tells them what they need and they’ll go and chase it down if it’s available.” Who knew that snake carcasses would be full of plentiful minerals for a growing animal? Gertz, who took photos of a cow chewing on the snake, said that eventually the cow, unfazed by the scaly meal in its mouth, dropped the snake’s body and wandered off.