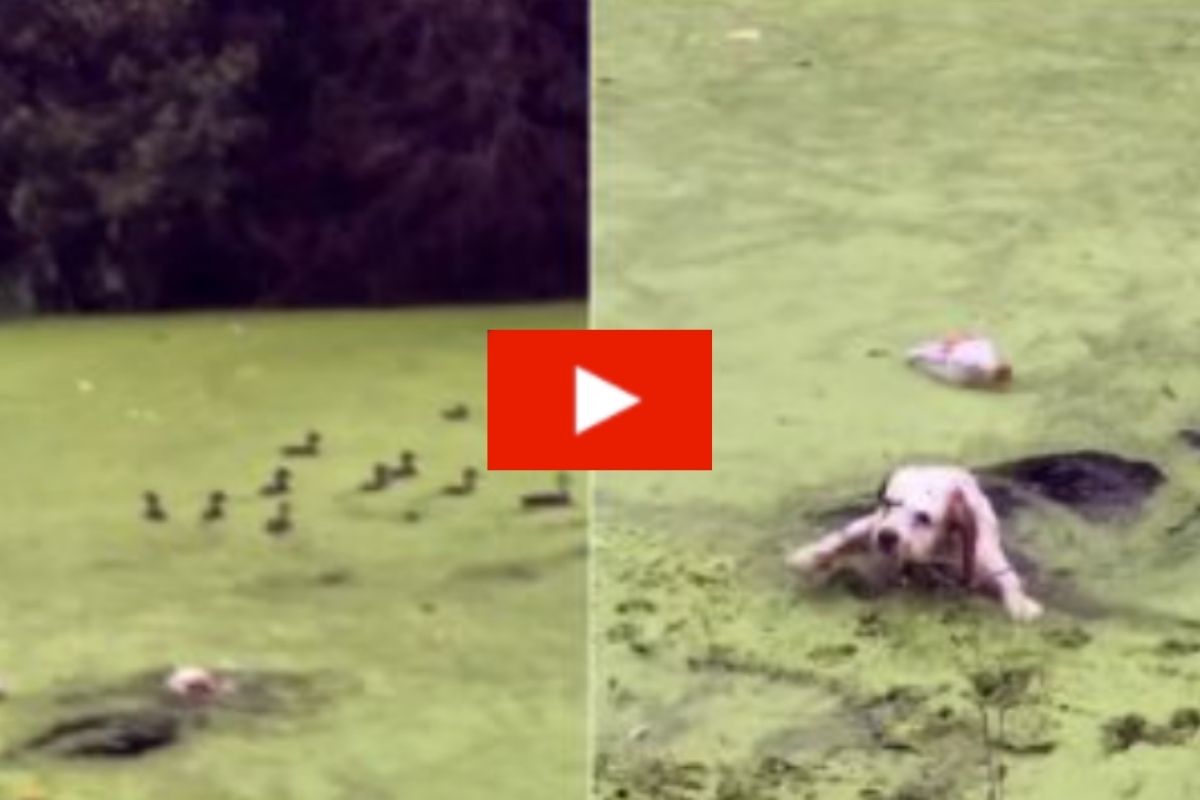 We all know that the clumsiest dogs are the most hilarious to watch because of how innocent they are. It’s part of what makes dogs great. They provide us with companionship and endless hours of entertainment, especially when they learn things the hard way. Take the little spaniel in this video for example.

The video — which was uploaded in 2016 by YouTube user macraptor56 — features an adorable spaniel named Digby, who gets the shock of his life when he tries to chase a flock of ducks. He ends up running head first into a pond, after thinking the soft, flimsy algae floating on top of the pond was hard, firm grass. The look on his face as he exits the pond drenched in dirty pond water is hilariously priceless.

Digby The Spaniel Attempting to Chase A Flock of Ducks

The youtuber then uploaded a follow-up video captioned, “After his near-drowning experience with the Ducks of Centennial Park… a bedraggled and wary Digby checks out the grassy limits and explores the lake edge.” Looks like Digby learned his lesson the first time after all as we see his suspicious exploration of the area, clearly trying to find where the water actually hits the grass.

Digby Checks Out Where the Grass Ends and the Lake Begins

There are so many memes and pics of dogs on the internet that take hours of your time because they’re so funny. Especially during a pandemic, what better way to cheer yourself up and occupy your free time than wholesomely watching dogs be dogs. They truly are man’s best friends and many can’t imagine what it would be like to live life without dogs. And besides, you know you need a break from watching Disney+ all the time. It’s a great way to keep the kids entertained for hours too, without worrying too much about what they’re watching.

Editor’s note: This article was originally published on April 27, 2017.

Watch: Man Has Playful Showdown With Lioness At Zoo But Gets Very Lucky